By:
Lewis Duncan
Co-author:
Mark Bremer
Listen to this article

Miller ended pre-season testing in Qatar fastest of all with an unofficial lap record and came into the Qatar/Doha Grand Prix double-header as favourite to continue Ducati’s victory streak at the Losail circuit.

However, a tyre issue in the first race and arm pump in the second meant he emerged from both rounds in ninth spot – while Pramac’s Johann Zarco was second in both and leads the championship ahead of this weekend’s Portuguese GP.

Miller also came in for criticism after the Doha GP for a clash with world champion Joan Mir, which Miller escaped punishment for, though the Suzuki rider insists the Australian’s actions were intentional.

When asked if he’d spoken to Mir since then on Thursday at Portimao, Miller replied: “No, I haven’t… to be honest I’ve been absent from social media, I haven’t been on at all.

“So, I haven’t even looked or had a chance to send a message on that.

“I don’t have his number, but I’m sure we’ll have a chance to catch up over the weekend and we can discuss our sides of the story.” 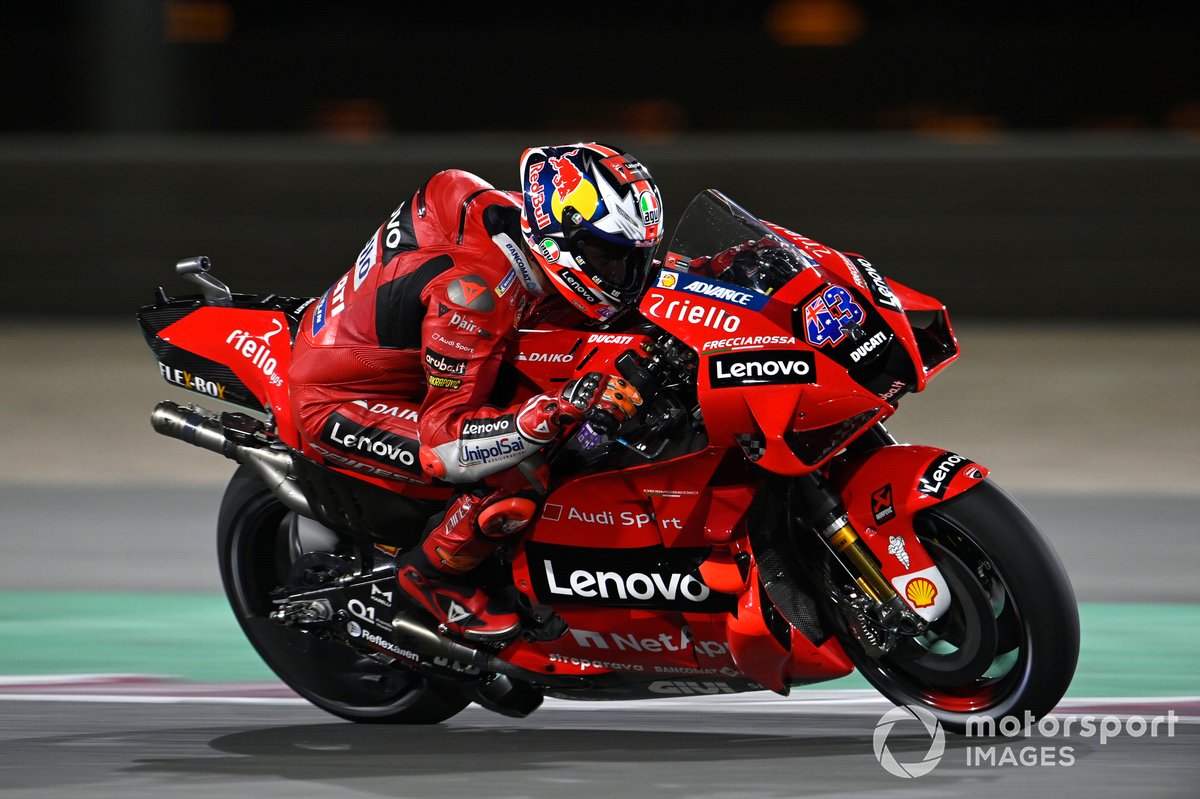 Miller says he will approach this weekend’s third round of the 2021 series differently from Qatar, and insists he doesn’t need to work with a psychologist as other riders have been after the disappointment of the opening rounds following a big “build-up”.

“Definitely,” he said when asked if his approach to this weekend will change.

“Like I said, I turned off the social media, I have the team to post it. I don’t listen to you guys anymore, because it’s a false sense of security.

“I just try to be calm and relaxed as possible, do my job and that’s at the end of the day riding motorcycles, which is what I love.

“I just try to do the best job I can do. I don’t need to see a psychologist.

“I’m honest enough with myself to see that when you get a lot of build-up, it brings you up, makes you really happy and then you crash.

“And also reading a thousand negative comments [on social media] isn’t going to do my mental wellbeing any good.

“So, I think it’s better to turn that crap off and try to focus on what’s important, which is me getting myself right, doing my job right, preparing myself from the weekend and try to understand instead of wasting energy on things that I can’t change, which is people putting things on the internet which doesn’t really matter.

“But these things get to people, they get to you, so I think it’s better to not focus on that and focus on what’s important.”

Miller underwent an operation on the arm pump he suffered in the Doha GP last Tuesday and was declared fit to ride this weekend on Thursday.

Marquez “nervous” ahead of MotoGP return

Mir’s crew chief out of Portimao round with COVID-19