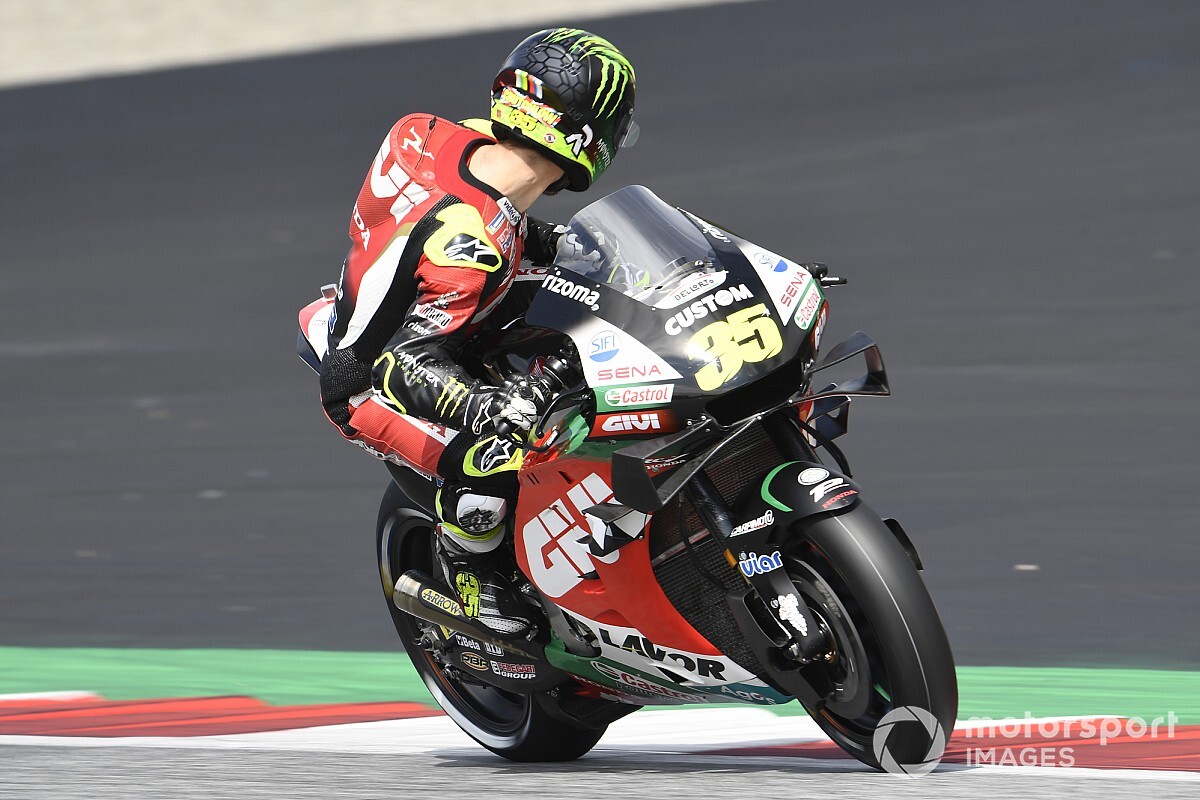 Cal Crutchlow says a gear change error led him to believe his LCR Honda had developed a problem in the MotoGP Austrian Grand Prix, which meant he “shut off” a perfectly healthy bike.

Crutchlow was running inside the top eight when he suddenly dropped to the back of the pack on lap 14 of the restarted Red Bull Ring Race.

The Briton recovered to finish 15th at the chequered flag, and later explained that he fell down the order because he pulled off the racing line when he thought he’d lost drive. But it turned out he’d selected the wrong gear coming out of the final corner, and lost momentum when he clicked into the next one without realising his error.

“I made a mistake,” he admitted. “I thought I had a bike problem when I was in a good place actually. I rode well, I felt I rode well up until the point when I shut off on the front straight and pulled out of the race, only to find out I'd made a mistake changing gear and I was in the wrong gear.

“It's never happened to me in my career and I came out of the last corner in the wrong gear and then when I shifted in the place I would usually shift, I was one gear higher. So, I had no power. The bike was going nowhere, so I thought I had a problem with the bike.

“Genuinely, I'm sorry to my team, I'm sorry to my manufacturer, because I think we could have had a stronger result than what I've had all weekend. I had no idea what was going on, I just had absolutely no power.

“So, yeah, evidently it was my fault and my own mistake.”

Crutchlow says the Austrian GP once again highlighted the issues he has been battling all year with the Honda, which is “this inertia feeling” pushing the bike into the corners and “floating” on the rear of the RC213V in the corner.

“We need to improve our bike, the 2020 bike again," he said. "When I was following Taka [Nakagami] we could see the problem that we have – and it's the corner entry, and the corner exit, but this inertia feeling that pushes you into the corner. Then in the middle of the corner we have a lot of floating from the rear of the bike and this has been our problem in the whole of 2020 since we went to Sepang, Qatar, Jerez, and Brno and here.

“We can't fix it, it's not something we can suddenly change on the bike. We’ve had the bike up, down, left, right and it’s not working at the moment. But we will continue to evaluate that with Honda this week because now we have some more information, and we have information from the race of Taka to see where the bike and the engine is causing this.”