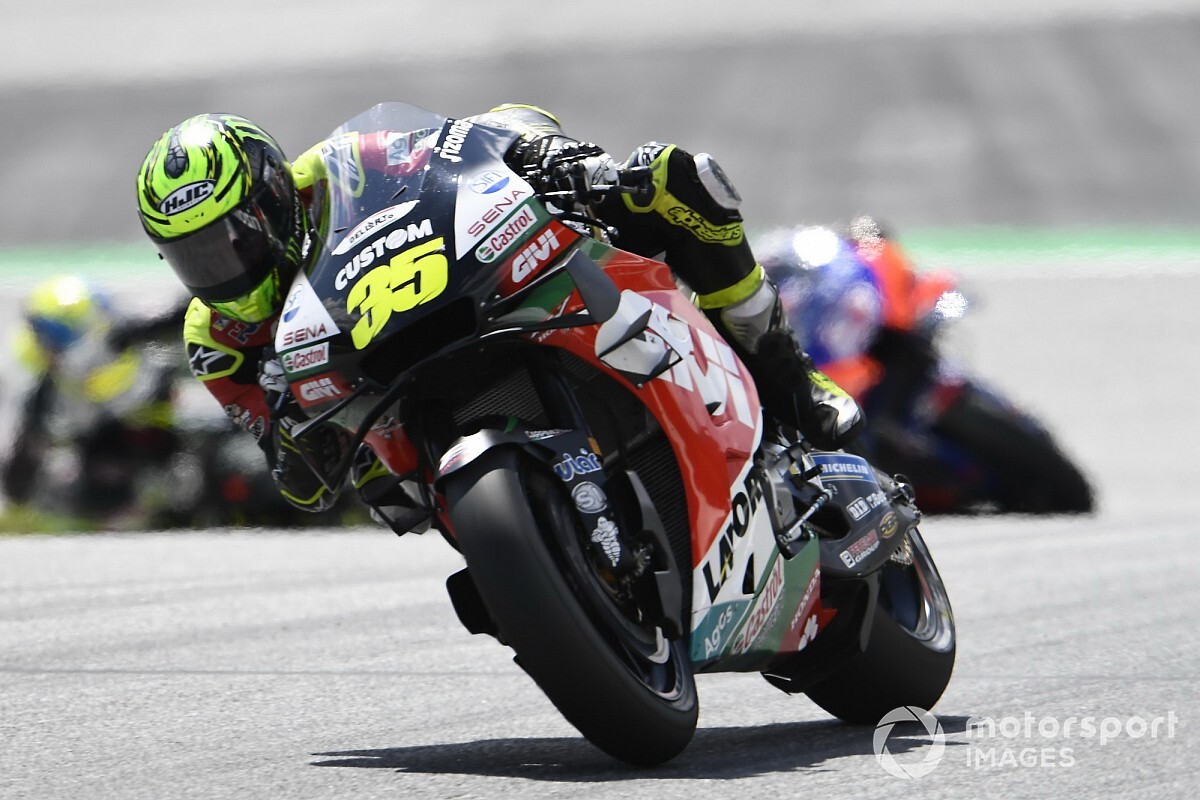 Cal Crutchlow says he is “optimistic and confident” he will remain in MotoGP in 2021 despite uncertainty over his future.

Crutchlow has lost his place at the LCR Honda squad for next year as HRC moves the three-time race winner aside to make way for current factory Honda rider Alex Marquez – who penned a new two-year deal with the Japanese marque last month.

The Briton has been linked to a move to Aprilia alongside Aleix Espargaro next year, though the Italian marque is still standing by Andrea Iannone while he awaits for the verdict on the appeal of his 18-month doping ban.

Andrea Dovizioso’s announcement of his Ducati departure at the end of the year has complicated matters for Crutchlow, with the three-time MotoGP championship runner-up surely an attractive option for Aprilia.

When asked about this last week, Crutchlow admitted he didn’t know how the Dovizioso news would impact him.

Asked again ahead of this weekend’s Styrian Grand Prix, Crutchlow reiterated this but remained upbeat on his chances to remain on the grid next year.

“I don't know. I have no idea,” he said when asked if it would be difficult for him to stay in MotoGP in 2021. “Exactly like Iast week, I have no idea.

“But I'm, I'm optimistic and confident that I will be riding next year.

Crutchlow joked that both he and Dovizioso could start a classic racing team together should neither find a place, saying: “If all else fails, and Dovi wants to stop, and I don't ride somewhere, maybe we'll make our own team in vintage classic racing.”

Dovizioso said last Saturday after his Ducati exit was announced that he has no “plan B”, but was still keen to race on in 2021.

Outside of Ducati, Aprilia is the only factory not to secure its full line-up for next year.

Though this has been denied, Dovizioso’s Ducati exit is thought to have been largely motivated by both parties not seeing eye to eye on the financial side of the contract.

If true, a move to Aprilia does look unlikely for the Italian, with CEO Massimo Rivola admitting last week that the marque probably couldn’t afford Dovizioso.

"This is quite unexpected,” Rivola said of Dovizioso’s Ducati departure. "Obviously, Dovi has been a top rider in the last years.

"I don't think we can afford a rider like him, but it's nice to be in the game. Let's say it like that. To be honest, I have no clue so far."