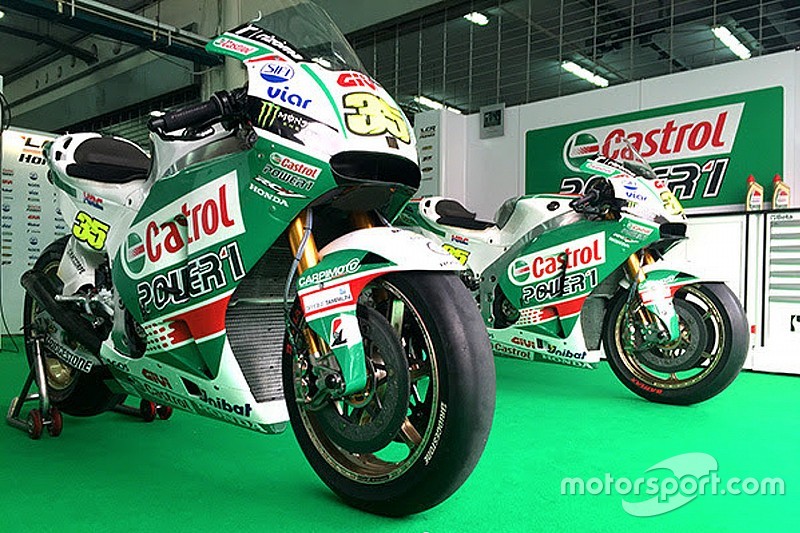 Cal Crutchlow will ride with a new colour scheme on his Honda in this weekend's Malaysian Grand Prix, as Castrol joins Team LCR as a sponsor for the Sepang race.

Lucio Cecchinello's team had been without a title sponsor since the departure of embattled London-based foreign exchange firm CWM FX ahead of August's Silverstone race.

Crutchlow's bike has run in Givi livery similar to that of teammate Jack Miller since, but will now change to the famous green-and-white Castrol colours as a one-off in Malaysia.

The tie-up rekindles a lengthy association between Honda and Castrol dating back to the mid-1990s, when the oil company was the title sponsor for Honda's World Superbike team.

"Castrol are proud to be stepping up its support to the LCR Honda and Cal Crutchlow for the Malaysia round of the MotoGP series," said Castrol's Donald Smith.

"Castrol have a long standing association with both MotoGP and Honda and this livery further continues to build our rich heritage. Cal’s bike provides a great platform to showcase our products and technology."

Rossi: Marquez was out to help Lorenzo at Phillip Island