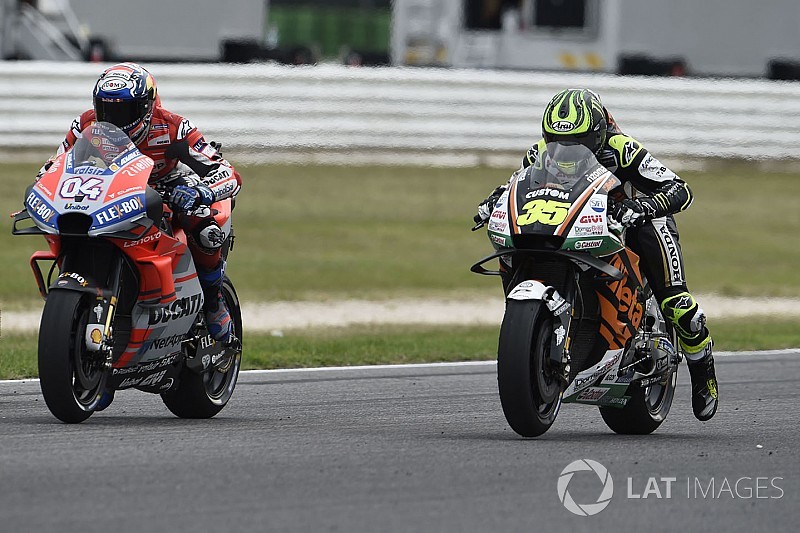 Marquez is 67 points clear of his nearest rival, Ducati's Andrea Dovizioso, while Honda also leads the way – albeit by a considerably smaller margin – in the teams' and manufacturers' standings.

However, Ducati has been in ascendancy lately, winning three races on the trot, with Marquez admitting the Ducati GP18 is now likely the best bike on the grid.

Some of the tracks coming up – like Aragon and Phillip Island – may suit Honda more than Ducati, and LCR privateer Crutchlow, who has been closer to Marquez this season than the reigning champion's factory teammate Dani Pedrosa, says Honda could benefit from giving him “full support” in the 2018 season's run-in.

Speaking about his aims for the rest of the campaign, Crutchlow said: “I'm not necessarily targeting a win. I think that we have to take advantage of the situation at some circuits, and I think there's a lot to be played out between the three of them [Marquez, Dovizioso and Jorge Lorenzo] as well.

“But Honda now need to give me the full support, because I can take points off them at some races, that's sure.”

Crutchlow signed an improved new Honda deal earlier this year, which should provide him “more support” from the factory in 2019 – but says he doesn't expect major changes before then.

“This year our bike is our bike, it doesn't change week in and week out, but they [Honda] are doing a good job, they're trying their best for me, and I appreciate that.

“But now we need to really work. If they want me to take points off them, if Marc doesn't have a great race and stuff like that, we need to be on the best equipment they've got.”

After scoring a podium at Misano, Crutchlow sits sixth in the current riders' standings - one place lower than what he had achieved in his best MotoGP season yet, the 2013 campaign with Tech 3 Yamaha.

The Briton says he is not content to finish as the top independent rider this year and instead targets a top-five spot, which would realistically come at the expense of one of the Ducati or Yamaha works riders.

“I want to be in the top five in the championship and that's the aim, but my aim is also to do a good job, to finish the races but also to fight when I can fight.

“I know the races that I plan to attack, I have to go for it in those races.” 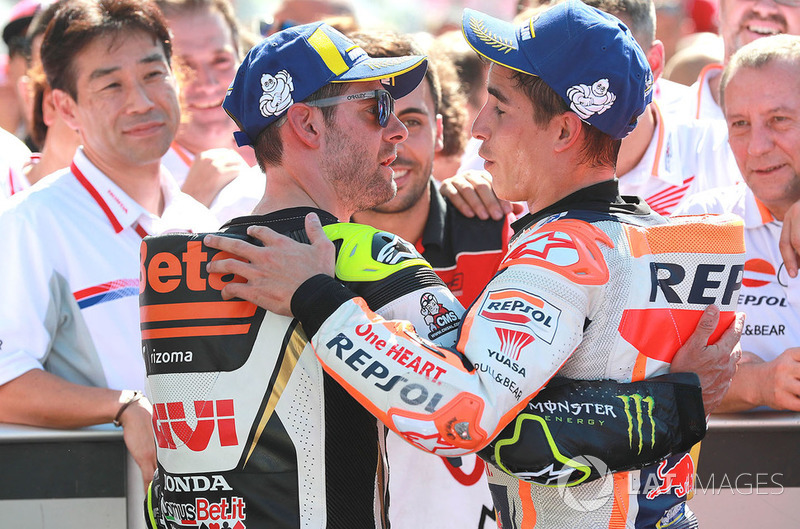