Dani Pedrosa, who is retiring from MotoGP at the end of 2018, would not make a good test rider for Honda, believes Cal Crutchlow. 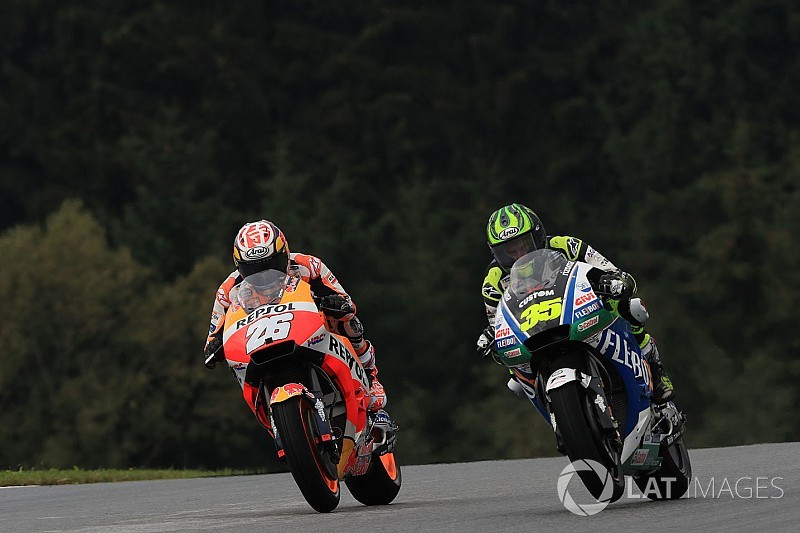 Pedrosa will end an illustrious grand prix racing career after 13 seasons in the premier class this year, but has received offers to become a test rider in 2019 from both Honda and KTM.

But LCR rider Crutchlow, who has similar specification machinery to factory Honda riders Marc Marquez and Pedrosa, and is involved in the RC213V bike's development, reckons that Pedrosa's riding style is too peculiar for testing work.

"Dani is a fantastic rider, he’s won 30 races or something in MotoGP, but he’s a very special rider," said Crutchlow.

"Honestly, Marc’s special because of what he can do in the bike, nobody else can do it, the way Dani rides is very special [too].

"They need someone who is a lot more neutral, i.e. Stefan [Bradl]. I think Stefan does a good job as a test rider because he’s a neutral rider.

"I think the information he gives, or the data they can read from him riding, is more of a normal rider."

Current Honda tester Bradl was described by Crutchlow as a "madman" after the German ended his wildcard outing in Brno earlier this month by crashing into both Maverick Vinales and Bradley Smith on the opening lap.

Regardless, the Briton feels Bradl is a better fit than Pedrosa for test rider duties.

"I don’t think he’s a bad test rider, I never said that, I said he was a madman in the [Brno] race," Crutchlow added.

"My criticism was not against his test riding at all, or against his ability, because his ability is Moto2 champion and podium finisher in MotoGP. But he was a madman in the race, complete madman."

Pedrosa recently told Motorsport.com that any test rider duties next season will "depend on my motivation".