LCR’s Cal Crutchlow says he is not disappointed to have been passed over for the Repsol Honda MotoGP ride vacated by Jorge Lorenzo in favour of Alex Marquez. 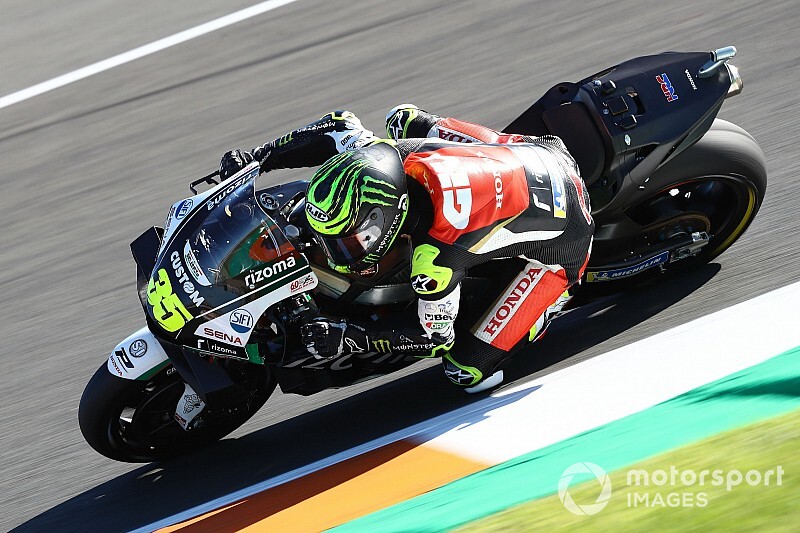 Crutchlow ended the year as second-best Honda rider in ninth in the standings in 2019 and was the only RC213V rider aside from world champion Marc Marquez to have scored podiums.

When Lorenzo announced his retirement last Thursday, Crutchlow and LCR stand-in Johann Zarco were thought to be favourites for the seat, before Honda ultimately went with Moto2 champion Alex Marquez.

Crutchlow says it “made more sense” for HRC to take the younger Marquez brother, and believes Zarco not a serious contender to replace Lorenzo.

“As far as I’m aware and concerned, Zarco was never in the picture,” Crutchlow said on Tuesday in Valencia. He was a replacement rider for Taka [Nakagami] and I thought he did a good job. He’s a world champion and he rode well.

“After Malaysia obviously things changed with regards to Alex winning the [Moto2] world title, and he did a very good job. And then, obviously, Jorge stopped. So, the easiest thing was to put either me or Alex there. But I think it made more sense for Alex to go there with regards to HRC and my team.

“Am I disappointed? No, because I feel to be teammates with Marc Marquez is really difficult for anybody.”

Though Crutchlow will remain a factory-contracted rider at LCR, he still reckons he would have been a strong teammate for Marquez had he been given the Repsol ride.

“I think I would have done a good job even if I went there, but I never asked to go there,” he added.

“I was happy with my team. I think Lucio [Cecchinello, LCR boss] does a fantastic job and I have everything I need to be able win in my team. The difference is resources.”

With HRC fielding a rookie at its works team and LCR continuing with Nakagami on a year-old bike, Crutchlow and Marc Marquez will share the bulk of the testing load this winter and next season.

However, Crutchlow does not see his role becoming any more important than it already, given Lorenzo’s struggles this year.

“Well, I think my role was important anyway,” he replied when asked if he is expected to step up his role.

“As I said, I thought it would be difficult for Jorge to go fast immediately, so my role was still important this year.

“I was still the second-best Honda, I still managed to get podiums and I still think it will be that way next year as well.”