Recovering Pedrosa to test KTM at Brno next week 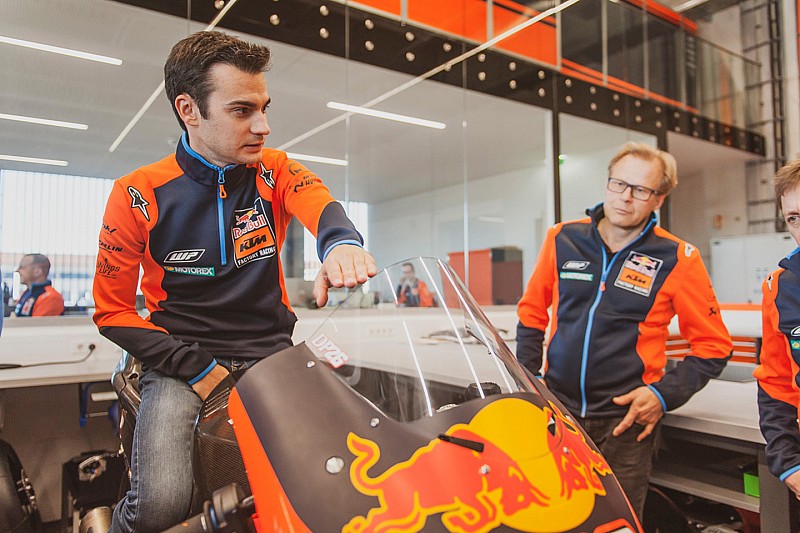 Pedrosa opted to call time on his glittering grand prix racing career last year, having been part of the works Honda MotoGP team since 2006, before accepting an offer to join KTM in a test capacity.

The Spaniard then fractured his right collarbone and had to undergo surgery in February.

Pedrosa completed some laps on the bike in a private test at Mugello a few weeks ago. During that test, Pedrosa simply wanted to test the stability of his collarbone after a complicated operation in which stem cells were applied.

That run was limited to less than 10 laps, as he didn’t want to suffer a setback with his recovery.

Now, Pedrosa feels ready to test in earnest next Wednesday and Thursday at the Czech Grand Prix venue, to give his analysis of the RC16.

KTM, which has rented Brno for two days, will be joined by other test teams including Suzuki, which will put Sylvain Guintoli on track.

Espargaro passed Rossi "like he was stopped" in practice