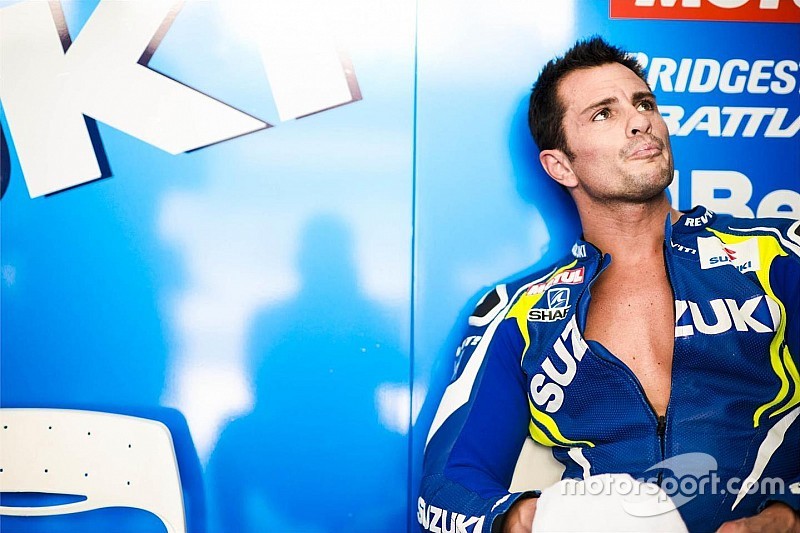 KTM has announced that it will replace the injured Mika Kallio with former test rider Randy de Puniet for the rest of 2018.

Kallio has been KTM's test rider since the Austrian manufacturer entered MotoGP last year, but the Finn injured his knee at the Sachsenring and is set to be out of action for several months.

De Puniet did test work for KTM in the team's early development phase in 2016, along with riders such as Tom Luthi, Karel Abraham and Alex Hofmann.

The Frenchman, now an FIM Endurance World Championship regular, competed in MotoGP between 2006 and 2013 before joining Suzuki as a test rider and taking part in one last race in Valencia in 2014.

"I'm really happy that we could get Randy de Puniet for the next five months," said KTM head of sport Pit Beirer.

"He will be our test rider from now on because we have still a lot of parts to test and there are not many riders out there who can ride a MotoGP bike on that top level.

"I'm also not speaking only about laptime, I mean also how to behave on such a bike, they are rockets, they are dangerous, so you need a guy who knows how to behave with other riders on the track.

"I am really happy Randy comes back because he was part of our development programme and [it] will be also nice to hear his comments after he hasn't been on the bike for a while.

"Really happy that some of our problems are fixed right now."

KTM was also hit by Pol Espargaro's Brno injury, as the Spaniard is skipping the Red Bull Ring round and is at risk of missing the upcoming Silverstone race.

Beirer admitted that KTM has a problem finding a suitable replacement for Espargaro, but stressed that de Puniet would only race at Silverstone if he had a test to prepare prior.

He said: "We spoke to Randy about it but he said, 'if I have a test before, I would do Silverstone, but just to get me out of nothing on this race bike, I don't want to do it'.

"I think [this is] right and I respect this answer. Also since we said in this press conference [on Friday] that we are looking for a replacement rider, Pol called me and said 'I need that seat for Silverstone so don't get nervous, I'm ready, I'll be there'.

"My biggest hope is that Pol recovers as quick as he is doing in the last two days. He had really big progress, the pain is going down. The nicest answer would be that Pol is back but let's see."