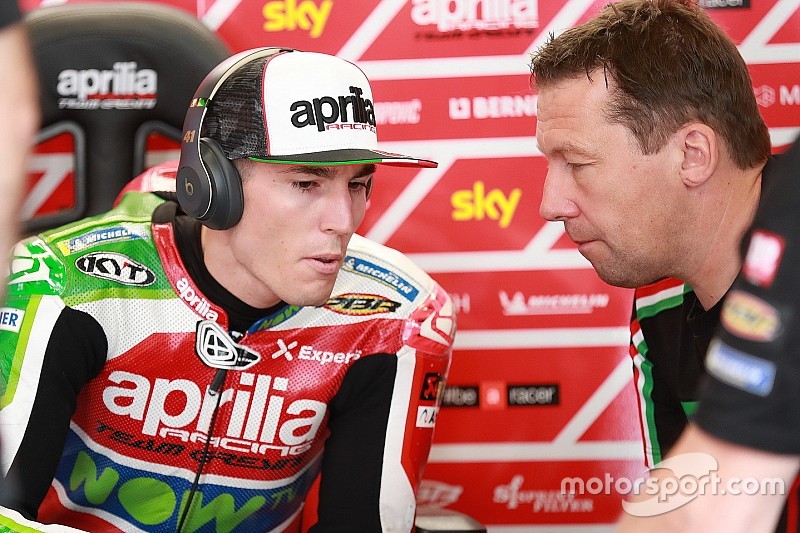 Aprilia rider Aleix Espargaro says splitting with his KTM-bound crew chief early was the right decision amid a “disaster” of a MotoGP season.

Marcus Eschenbacher, who has worked with Espargaro since the Spaniard joined Aprilia two years ago, will move to KTM in 2019, where he is expected to become Johann Zarco's crew chief.

His exit was on the cards for a while, but ahead of the Misano round Aprilia decided to relieve him of his duties early, instead pairing Espargaro with former Sky VR46 tech director Pietro Caprara.

“But unfortunately this season has been a disaster for us in many terms, and for a couple of reasons, not just one reason, we decide to change the crew chief.

“Obviously, as you guys know, next year Marcus will move to KTM, which as you imagine, KTM and Aprilia are fighting and for Aprilia was not nice to start to try '19 things with him, and also for other small details we decide to change.

“We'll see what brings this new crew chief, Caprara, he's an Italian guy who has been working with Aprilia the last month and with a lot of experience in the past with very talented riders.

“I hope he can give us a different point of view, different direction because obviously we are really lost this year.”

Espargaro has only four top-15 finishes and 17 points to his name in MotoGP this season, as Aprilia sits bottom of the manufacturer standings.

The Spaniard said the crew chief decision, taken after the Silverstone weekend, “came from Aprilia management” but was ultimately “common”.