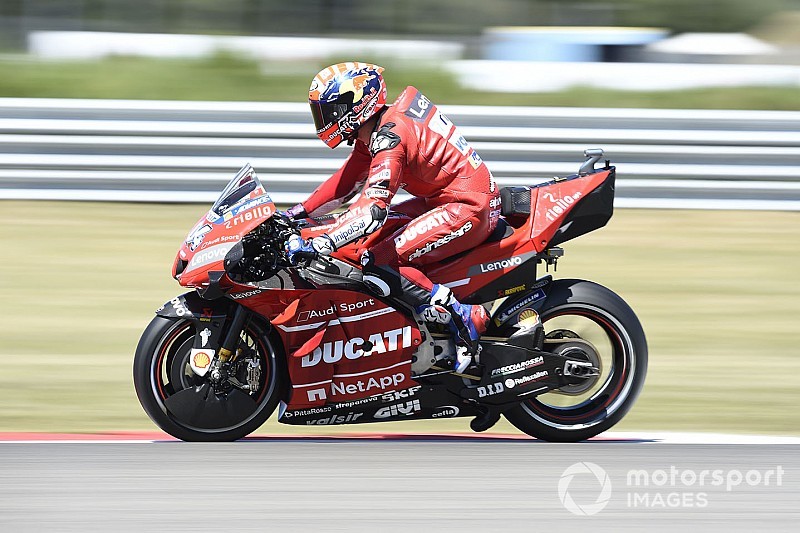 Having started 11th, Dovizioso leaped up to fourth in the early stages, and matched the leading trio on laptimes before beginning to drop pace in the second half of the race.

He only just fended off Ducati teammate Danilo Petrucci to claim fourth, and was 14.1 seconds adrift of race winner Maverick Vinales, slipping 44 points off of standings leader Marc Marquez.

Dovizioso says his willingness to be aggressive was called into question by "a lot of people" after Assen, but insists his strong early pace exceeded what he was truly capable of.

“Most of the people think I don't try, or I wasn't aggressive enough to try to make something better [at Assen],” Dovizioso said ahead of the German Grand Prix.

“But this is not the reality. I mean, if you don't have the speed to stay in front, it's not about the aggressiveness [that] can affect the result.

“I did 12 laps [where] I pushed 100 percent, and I did the same laptime as the first three riders, but it wasn't our pace.

“That is the reality. If you see me in fourth, three tenths from the group, and after 12 laps I slow down it's because I was pushing 100 percent.

“My riding style is to be very smooth, and doesn't show the aggression and looks like I don't push 100 percent.

“But I was the first Ducati, what [else do] I have to do? Most of the people who look at the race don't understand.”

“Every rider has a different riding style. It doesn't mean you are not pushing 100 percent. Our pace wasn't 1m34.0s, what I did for 12 laps. So I was aggressive, but if you look at the race it doesn't look like this.”

Ducati hasn't won at the Sachsenring since 2008, with the Desmosedici's cornering weaknesses typically exposed at the venue.

But Dovizioso, who has just two MotoGP podiums in Germany, believes Ducati has taken enough of a step forward in this area that challenging for a podium is no longer “impossible”.

“The turning for sure affects a lot [how] to be fast and competitive at this track, so it will be difficult,” he adds.

“But in the end, last year Ducati didn't make the podium, but we weren't so far. Danilo was fourth and there were three Ducatis seven seconds [from the win]. 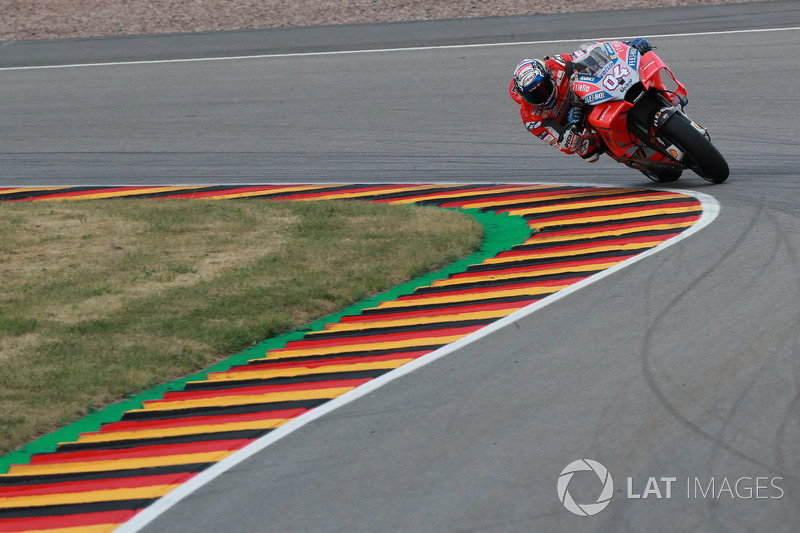