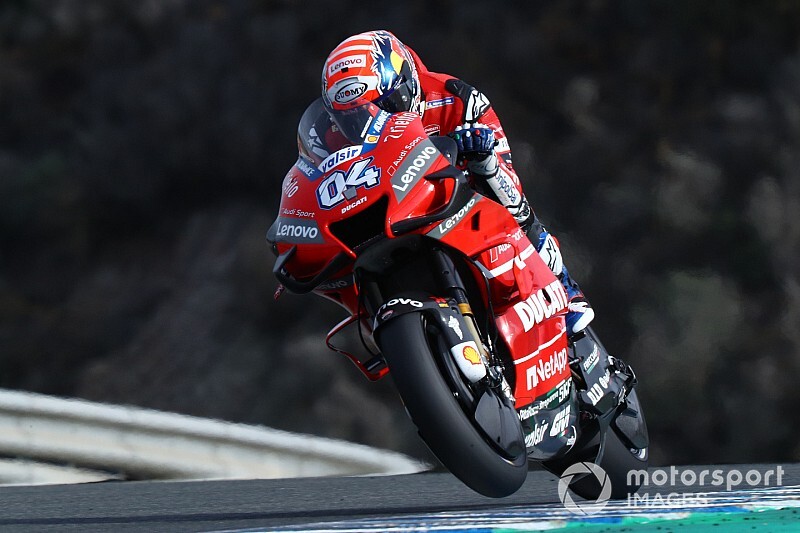 Andrea Dovizioso says he is happy with the early signs from Ducati's "very interesting" 2020 prototype chassis - but warns the gains are "not as big as we want".

Dovizioso called for improvements in turning already during the 2019 season and it is this area where he feels the new Ducati chassis has already made a step.

"We were able to make some tests, we couldn't try everything we wanted but we compare the chassis again and it was very important in this kind of track," said Dovizioso, who was the fastest Ducati in Valencia in eighth, and was 10th on the opening day at Jerez.

"The improvement still is not as big as we want but [this] is quite normal because the difference of the chassis, it was quite big.

"I think we have to study and analyse more the feedback from this chassis to make another step for the future.

"A step forward because there were no negative points and this is good. But not that big. We would like to improve more in the middle of the corners but we did a step so this is positive.

"It is very difficult to make a big step when you change chassis but it was very interesting what we did with this chassis. But we need something more."

Pramac Ducati's Jack Miller, who tested the new chassis in Valencia as works rider Danilo Petrucci was out of action due to a shoulder injury, went back to using the '19-spec bike at Jerez, but also reckoned the new chassis helped in turning.

"It is always strange if you try a new bike especially in Valencia, back to back, with the bike you've been riding all season you have a great feeling for," Miller said.

"Everything feels a bit strange but we try and look at the positives and I think we found most of the positives out of it and understand where we should be.

"I think the new bike should help with places like here [Jerez] with these fast flowing corners but it is only speculation at the moment because I haven't been able to ride it here yet."

Miller instead tested an updated engine, which the Australian rider also praised.

"The character is nice, I think an improvement on last year's and this is only the first step, I think they got more stuff to do over the winter.

"[Smoother] and on the bike I think it will be a lot easier to come into grands prix." 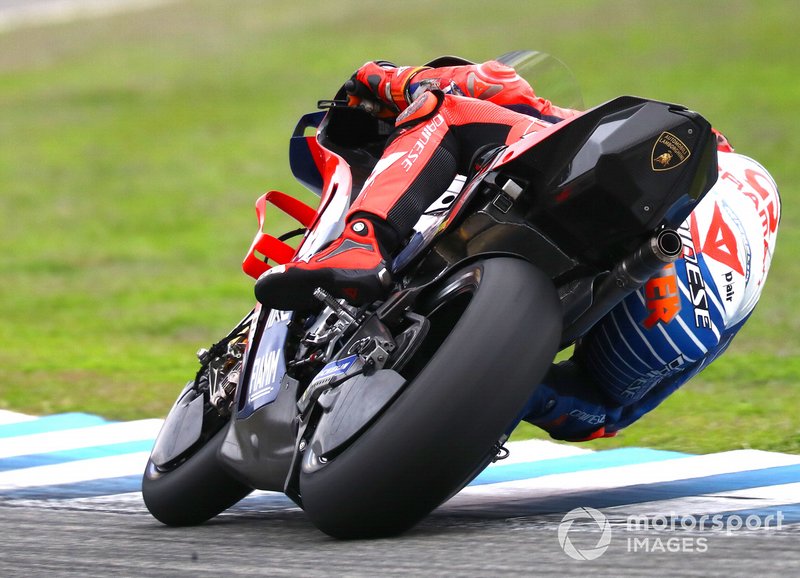