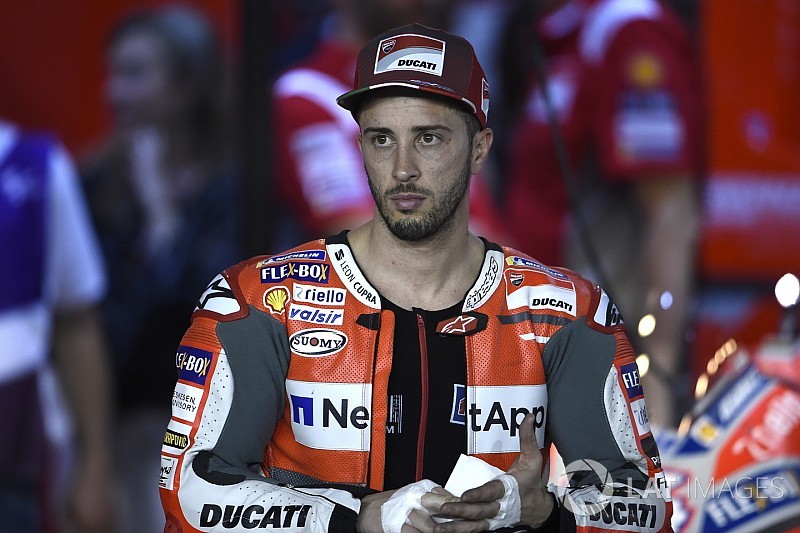 Andrea Dovizioso has been in talks with Honda and Suzuki, Motorsport.com has learned, while the Italian awaits a firm offer from his current MotoGP employer Ducati.

Dovizioso, who joined the Italian marque from Tech 3 Yamaha back in 2013, led Ducati's first proper MotoGP title charge in recent years in 2017, winning six races en route to runner-up in the standings.

Last weekend, he won the 2018 season opener in Qatar to assume an early lead in the riders' championship.

His current Ducati teammate is three-time MotoGP champion Jorge Lorenzo, whose arrival from Yamaha is reported to have cost the Borgo Panigale manufacturer in the ballpark of €12 million a year – while Dovizioso himself is believed to be on a base annual salary of around €2 million.

Having so far roundly outperformed Lorenzo in their time as teammates, Dovizioso – whose deal, like Lorenzo's, expires at the end of the year - wants to Ducati to convince him of its commitment with its next offer.

A source close to the Italian rider told Motorsport.com: “Dovi wants to feel valued. He isn't going to accept excuses like the amount of money they have to pay his teammate.”

Yet there remains the possibility that Marquez's current Honda teammate Dani Pedrosa will be replaced at the end of the year.

And Suzuki, which endured a difficult 2017 but looks to be much closer to the sharp end of the MotoGP grid this year, has no rider deals in place for after the current season.

Dovizioso has been talking to both teams – but extending his existing relationship with Ducati remains a priority for the Italian.