Andrea Dovizioso says he feels Marc Marquez still has a chance of contending for the 2020 MotoGP title despite losing 50 points to Fabio Quartararo in the first two rounds of the year at Jerez.

By:
Jamie Klein
Co-author:
Oriol Puigdemont
Listen to this article

Marquez was forced to sit out last weekend's Andalusian Grand Prix after breaking his arm in a violent crash in the closing stages of the season-opening Spanish GP.

It means the six-time premier class champion has no points so far, while Petronas SRT Yamaha rider Fabio Quartararo got his season off to a perfect start with a brace of Jerez wins.

Having only pulled out of the Andalusian GP after taking part in Saturday practice and the aborting a Q1 attempt, Marquez is expected to be back in action next time out at Brno.

Assuming that the Spaniard is close to full fitness for the Czech race, Ducati rider Dovizioso believes that Marquez still cannot be ruled out of contention, particularly as Yamaha has suffered two engine failures in the first two races alone.

“You have to see in what condition Marc will come to Brno, and if he will be able to push 100 percent or will have some limitations, because that can make a big difference," said Dovizioso.

"In his entire career, Marc has only made mistakes in one season [2015]. If you look at his numbers, when he has a set goal he still makes fewer mistakes.

“At first I thought that he would not be able to fight for the championship, but now I think he still has chances, especially since we have to see how Yamaha manages the possible problem that it has with the engines.

"It is true that Quartararo has 50 points and that he will surely be fast on all tracks, but in this kind of championship, I think everything is very open for everyone."

Dovizioso "ran out of cards" on way to sixth

Dovizioso kicked off his season with a strong third in the first Jerez race behind Quartararo and Maverick Vinales, but the Italian veteran struggled in the hotter conditions of the Andalusian race and wound up a distant sixth.

He was overshadowed by Pramac Ducati rider Francesco Bagnaia, who has emerged as a possible contender to replace Dovizioso in the factory team next year.

Despite that, Dovizioso lies third in the standings on 26 points after the first two races, 24 behind Quartararo but well clear of the next-best Ducati rider, Jack Miller.

"I didn't expect to have the problems in the middle of the corner," said Dovizioso. "By releasing the brakes to turn into the corners, it was impossible for me to attack with the bike and have a good pace. This time I ran out of cards.

"In these circumstances, with so little grip, if you can't attack, you're very limited. It's not bad to finish sixth at Jerez, but I'm not happy with the feeling.

"We have to analyse the data very well, because this is a special track, and also we have suffered from unusual heat. Depending on the conclusions we draw we will make the decisions we apply in the run-up to Brno." 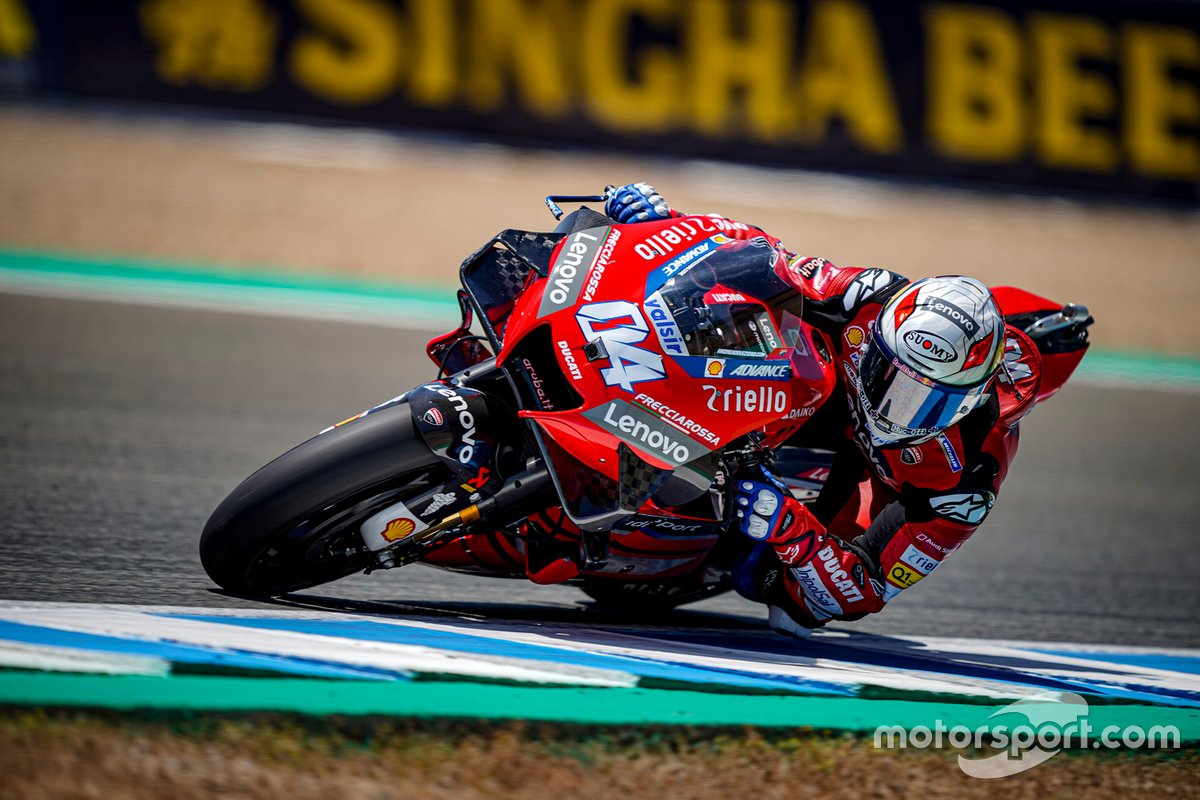 The Honda problem Yamaha is now facing in MotoGP

The ADAC has revealed how it plans to run the DTM in 2023 after taking over the running of the championship from previous owner ITR.