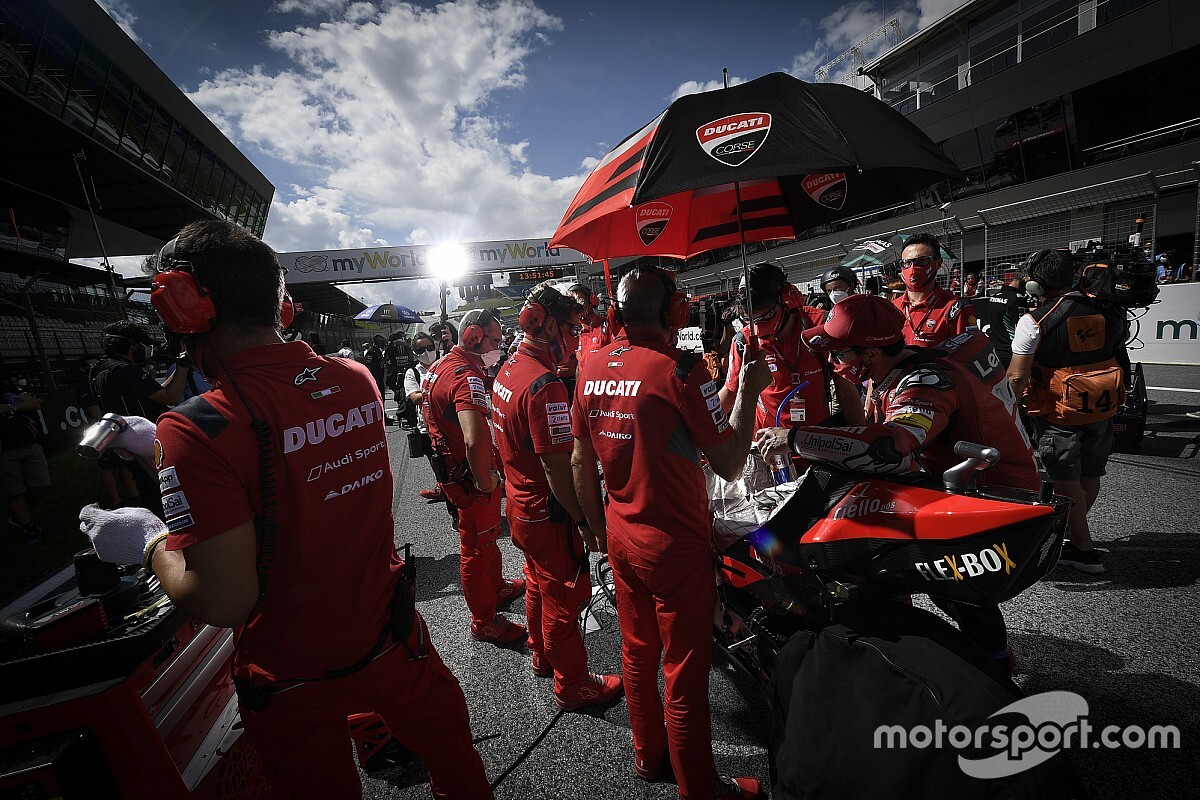 Andrea Dovizioso insists his victory in the MotoGP Austrian Grand Prix didn’t prove a point to Ducati just a day after his departure from Ducati for 2021 was announced.

Dovizioso’s manager Simone Battistella announced on Saturday ahead of qualifying at the Red Bull Ring that the Italian would not be renewing his deal with Ducati beyond 2020, with marque confirming this soon after.

The three-time MotoGP championship runner-up wouldn’t go into detail on why he has taken this decision, but says it was taken now to clear his mind in the current title battle amidst a so far difficult season for Dovizioso. Continuing Ducati’s unbeaten run at Red Bull Ring since it returned to the calendar in 2016, Dovizioso insists the win held no underlying significance to him.

When asked by Motorsport.com if this win proved a point to Ducati, he replied: “No, no, no. Fortunately we already did that in the past. This is not a change [of anything]. This is not the point. That’s it.”

Dovizioso was able to make a breakthrough in how he approached braking this weekend on the GP20, having struggled in the opening three rounds in this area – one of the issues caused by Michelin’s new construction rear tyre.

Though this tyre has been benched for the Austrian double-header for a special construction specifically for Red Bull Ring, Dovizioso said during the weekend that this made little difference, with his gains coming from understanding the bike better after Brno as well as the nature of the Austrian track. Despite feeling better on the bike in Austria, Dovizioso admits he is still “not comfortable” going to other tracks that he is not fully on top of his problems yet in cornering.

“Well, I think next round, if it will be dry, it will be more difficult because I think the competitors can be a bit stronger, because in the race you can see a lot of things,” he said when asked for his thoughts on returning to Red Bull Ring this weekend. “Especially [Alex] Rins, if he didn’t crash I think it was very difficult to beat him. But I couldn’t see him in the race because he crashed immediately.

“But about the future, still I’m not comfortable 100% because on the braking I feel much better and really good, but in the middle of the corner, the first part of the exit, I’m still not that good - and we need that to be consistent and strong in other tracks.

“I hope we can be bit better in that area in the next rounds, [but] it’s a strange track to work on that area, but we’ll try.”