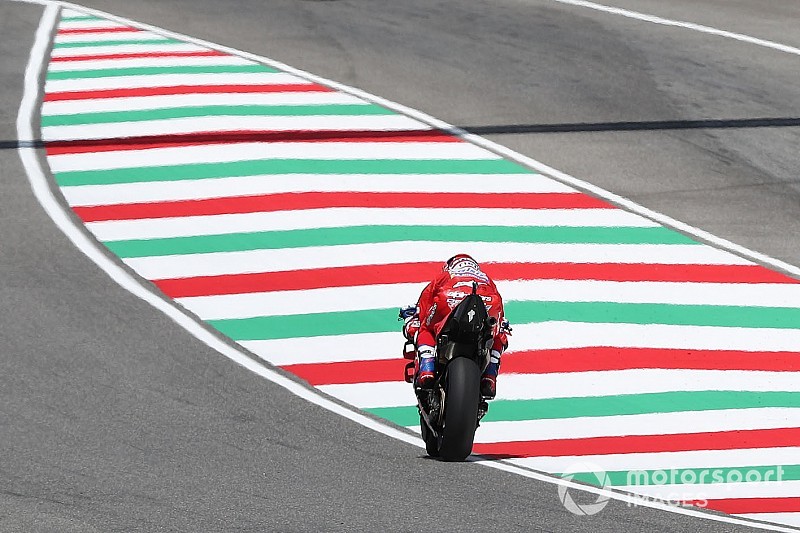 Ducati star Andrea Dovizioso has established a new outright speed record in MotoGP, clocking in at 356.7km/h (221.6mph) in third practice at Mugello.

Dovizioso eclipsed the previous benchmark he set at the Italian Grand Prix venue last year, when he recorded a speed of 356.5km/h (221.5mph) in second practice.

But such strong straight line performance was not enough to allow the 2017 and 2018 championship runner-up to progress directly to Q2, as he ended up only 11th-fastest.

Dovizioso's new benchmark means the seven fastest speeds ever recorded in MotoGP have all been set by Ducati riders and at Mugello, the Italian marque's home track.

The Tuscan circuit features the second-longest straight on the calendar at 1.141km, slightly shorter that the back straight at the Circuit of the Americas which measures 1.2km.

However, the fact Mugello's straight is preceded by a long, flowing corner instead of a sharp turn allows for higher speeds to be reached.

Mugello MotoGP qualifying as it happened