Dovizioso warns Ducati “has to make a step” despite podium 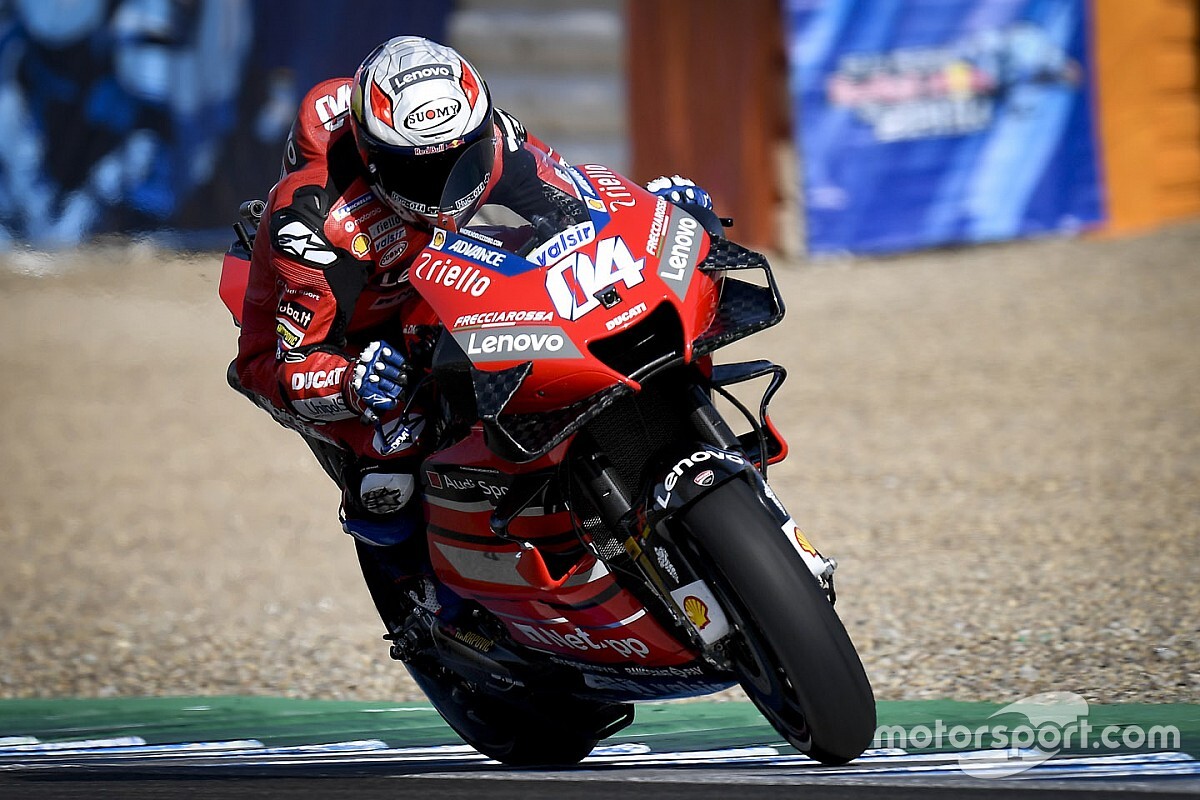 Andrea Dovizioso says Ducati still needs to "make a step" forward in performance, despite a podium finish in the MotoGP season-opening Spanish Grand Prix at Jerez.

Michelin has introduced a new construction rear tyre into its range for 2020, which offers much more grip and better durability.

While it has benefitted some machines – chiefly the Yamaha, Suzuki and Aprilia – the factory Ducati squad has struggled to adapt to the new construction all year.

The crash for Marc Marquez and physical issues for Pramac’s Jack Miller allowed Dovizioso to move into the podium places in the closing stages to secure his first rostrum at Jerez in the premier class.

“Yes, this third place is like a victory for many reasons, especially also because I didn’t have the speed,” Dovizioso said after the race.

“I couldn’t really fight with them [the leaders] because I was slower.

“But I didn’t give up in difficult moment, because I could keep that intensity and I didn’t make a mistake. This was the key.

“I was able to make a good move two laps from the end on Jack, also because [Franco] Morbidelli overtook me.

“So I had to answer immediately, but that’s the best I could do.

“We have to improve the speed because Marc was faster than everybody and these two riders [Maverick Vinales and Fabio Quartararo] were much faster than us.

“I think it’s good to have another race [at Jerez], because you have a lot of feedback in the race to understand the electronics, for the way we have to use the tyres.

“But we have to make a step on the speed.”

Dovizioso has been runner-up in the championship for the past three seasons, and will emerge as one of the favourites to mount a strong bid this season should Marquez be forced to misses races owing to his arm injury.

Though the Italian “believes” he will be in the mix, he admits the current pace of the Ducati displayed at Jerez will make things “hard”.

“I believe I can be in the mix,” Dovizioso said when asked if he considers himself a title contender.

“It’s just the first race, and the second race will be in the same situation.

“It will be hard. But what I saw today, it’s not that easy, but also at the end without a special speed at the end we lose just some points."