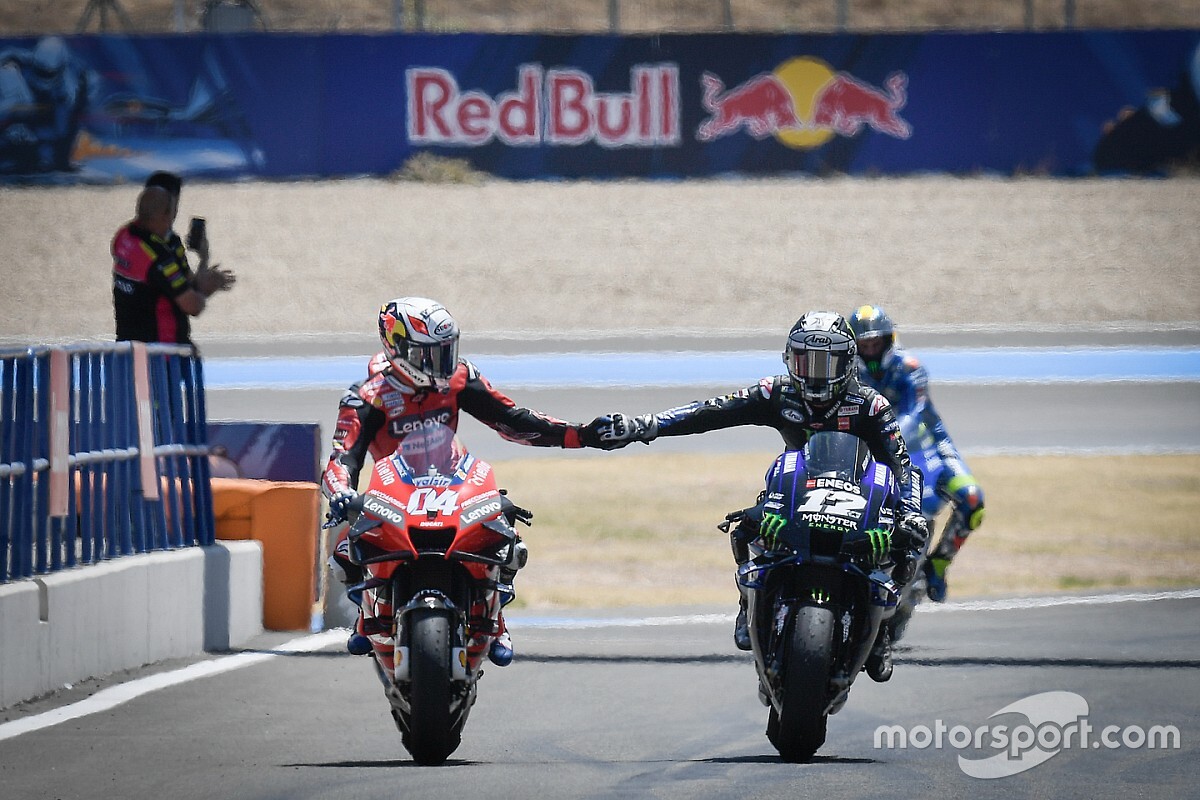 Dovizioso scored his first victory of the 2020 season in last weekend's Red Bull Ring race, which moved him up to second in the standings and only 11 points behind Petronas Yamaha's Quartararo.

Quartararo has endured difficult back-to-back races in the Czech Republic and in Austria, finishing seventh and eighth respectively having dominated the opening two Jerez rounds.

The Frenchman notes that Dovizioso has experience of battling for the championship and knows "the pressure" of doing so, while stating Vinales is easier to fight with given their machine parity.

"Of course, Marc [Marquez] will be a top contender [when he returns from injury], but now I see Dovi more than Maverick as a title contender because we know Dovi has a lot of experience," Quartararo said.

"He knows how to fight, the pressure. Also, he has a kind of bike that is maybe a bit easier to fight with in the last laps.

"So, I see Dovi much [more of a] contender than Maverick, because with Maverick I know if something happens we have more or less the same bike. So, you know I can fight [with him].

"But then with Dovi, when you have the kind of top speed like this, it's amazing. It must feel great to be 10km/h faster than us. So yes, I see Dovi more like a contender."

Vinales has also endured a tough two races at Brno and Red Bull Ring on the works Yamaha, finishing 14th in the former and recovering to 10th in Austria after an early clutch issue dropped him to last.

Baffled by the continuation of the inconsistencies with the Yamaha over a race distance which have dogged him in recent years, Vinales said he is not thinking about the championship right now as it's "hard to believe" he can be a contender with all of his current problems.

"I don't even think about the championship," Vinales, who is now 19 points adrift of Quartararo in third, said.

"It's hard to believe with all of those kind of mistakes that you can win a championship with all that stuff, so I don't even think about it. I think [only] to push at the maximum the bike.

"When the bike is going good, you can see I'm always in top three and doing pole position.

"But when the bike doesn't go, I cannot make miracles, it's very difficult to overtake the riders. You cannot jump them on the brakes, so it's something difficult.

"But for sure, I don't even think on the championship because right now it seems complicated with the things we have under the seat."

Morbidelli: “Someone needs to pay” for MotoGP horror crash

Rebellion switches to AER engines, to miss opening WEC round of 2015