Dovizioso braked "like a stupid rider" in Quartararo chase

Andrea Dovizioso says he was "taking too many risks" and "braking like a stupid rider" when he was chasing after Fabio Quartararo at the end of the Motegi MotoGP race. 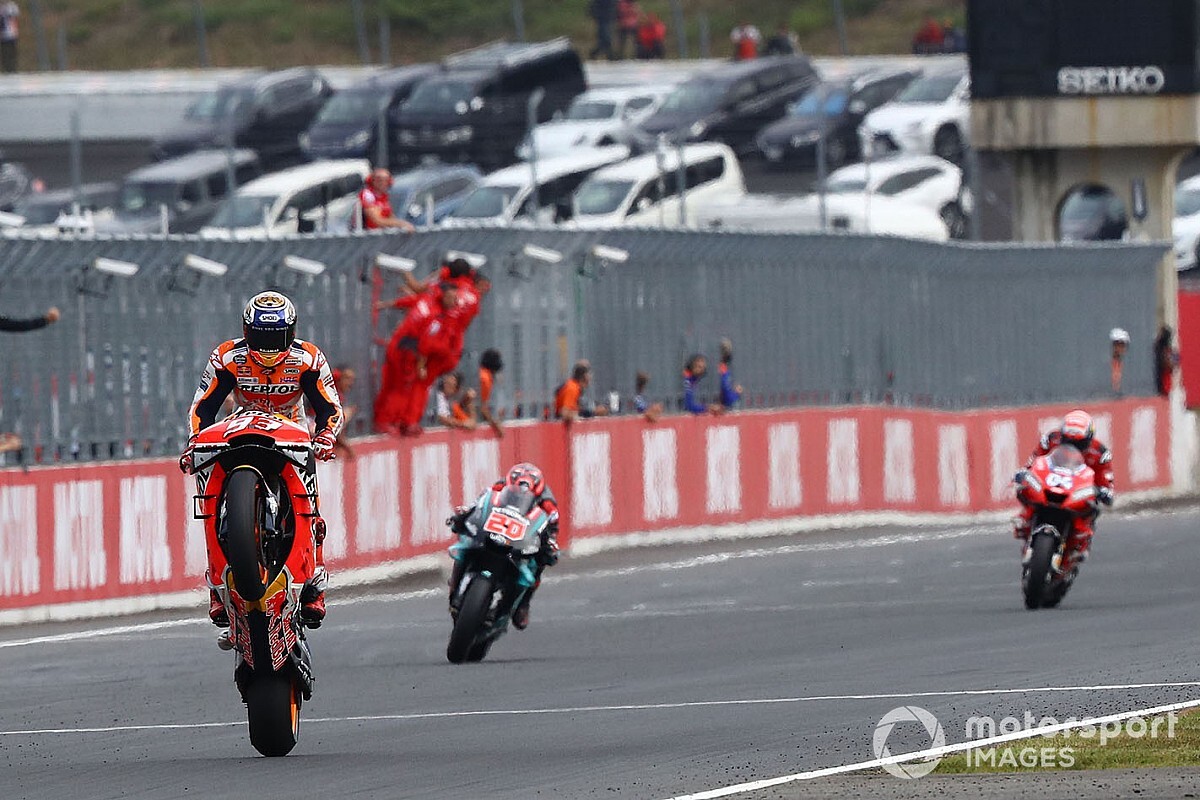 Dovizioso was some four seconds down on second-placed Quartararo after he'd passed the other Petronas Yamaha bike of Franco Morbidelli for third shortly following the halfway point of the race.

And while he'd only reduced the gap to Quartararo to around two seconds by the end of lap 21 of 24, Dovizioso then managed three of his fastest laps in the race, closing to within half a second of Quartararo - and just 1.3s behind race winner Marc Marquez - by the chequered flag.

"I was faster just because I took too many risks and I braked like a stupid rider," Dovizioso said of his late-race pace.

"I locked the front too many times, but I saw Fabio really struggling. So, that was my good point in the race, compared to everybody, the braking was really good, especially Turn 11 [after the long straight], I was able to gain a lot. I was pushing in that area and was able to be smooth.

"Fortunately, even when I wasn't fast in the beginning, I was calm and I always rode in a smooth way. So in the end when the bike worked a bit better I was able to be faster, that was the reason."

Before he'd set out on his late chase after Quartararo, Dovizioso fought off a spirited charge from Maverick Vinales, overcoming the Yamaha rider's superior corner speed through better acceleration and more straightline speed.

"I never saw Maverick during the race, but I could hear easy in the middle of the corner [he] was much faster," Dovizioso recalled.

"He tried to overtake me a lot of times, but maybe it wasn't really aggressive. I tried to close the doors and stop him in the middle of the corners, and accelerate better, because our bike accelerates better.

"The last four laps, I knew he had the soft [rear] tyre, and when I saw also Fabio struggling [with the wosft] , I tried to attack and take some risks on the braking, I was able to manage, so for him [Vinales] it was difficult to stay with me, and I almost caught Fabio."