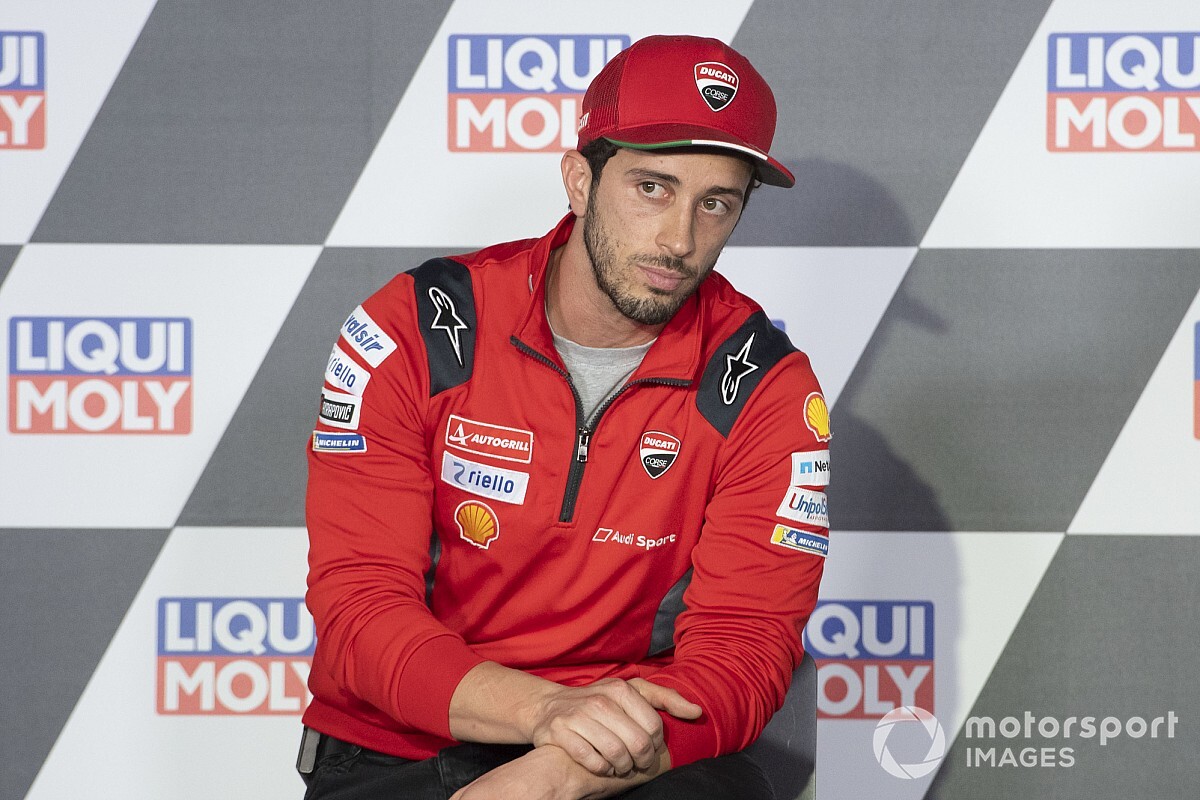 Andrea Dovizioso could return to the Yamaha fold in 2021 as its official MotoGP test rider in place of Jorge Lorenzo, Motorsport.com has learned.

Dovizioso rode a Yamaha in 2012 in his sole season with the Tech 3 squad after being ousted from Honda, with the Italian scoring six podiums on the M1 and finishing fourth in the standings.

He announced in August he would not be renewing his contract with Ducati beyond this year, bringing an eight-year partnership to an end.

Dovizioso was on Aprilia’s radar to join Aleix Espargaro in 2021, though Motorsport.com understands he never considered the Italian marque an option.

Recently, Dovizioso confirmed he was speaking with several manufacturers about a test rider role for next year having previously stated a sabbatical is an option if he didn’t find the right deal to continue racing.

In recent weeks, Yamaha, Honda and KTM have been in contact with Dovizioso’s manager Simone Battistella regarding a test role.

As well as the economic side, it seems Dovizioso’s desire from any deal would be the freedom to race in other disciplines – most notably motocross, having taken part in a round of the Emilia Romagna championship earlier this year before breaking his collarbone in a crash.

According to Battistella, a final decision will be made this week on his future.

“What Andrea wants is to be able to enrol in races in other disciplines this year,” Battistella told Motorsport.com. “We will make the final decision this week.”

A key element in Dovizioso’s decision will be what manufacturer gives him the best option to return to the MotoGP grid full-time in 2022.

Given the uncertainty surrounding Marc Marquez’s injured shoulder, further layoff would make Dovizioso a perfect substitute for Honda should HRC take him on.

But HRC isn’t keen on the idea of Dovizioso combining development of the RC213V with the risk of injury from racing motocross.

KTM’s work with test rider Dani Pedrosa has yielded two victories this year, and the Austrian marque’s desire to promote in-house talent makes it unlikely Dovizioso would be guaranteed a 2022 seat.

This leaves Yamaha as his best option, given Valentino Rossi’s Petronas SRT deal is at the moment only for one year, while the Japanese marque would greatly benefit from someone with recent race experience to help develop the M1 – not least its engine, which it will be looking to make a significant step forward with for 2022 having regularly been the slowest in the speed traps this year.

Lorenzo has only tested the M1 four times this year since February, and only the 2019 bike, while questions have been raised about his level of commitment and his usefulness to the project given he was four seconds off an Aprilia at the recent Algarve test in Portugal.

Motorsport.com understands Yamaha is in pole position to secure Dovizioso’s services next year.

Under the regulations for non-concession teams, Yamaha could field Dovizioso on the grid on three occasions next season - though this will depend on the easing of current COVID-19 restrictions on wildcards.

Recently, Rossi said he’d welcome having the three-time championship runner-up as a test rider should the opportunity arise.