Dovizioso: Suzuki will be “very hard to fight” in MotoGP title race 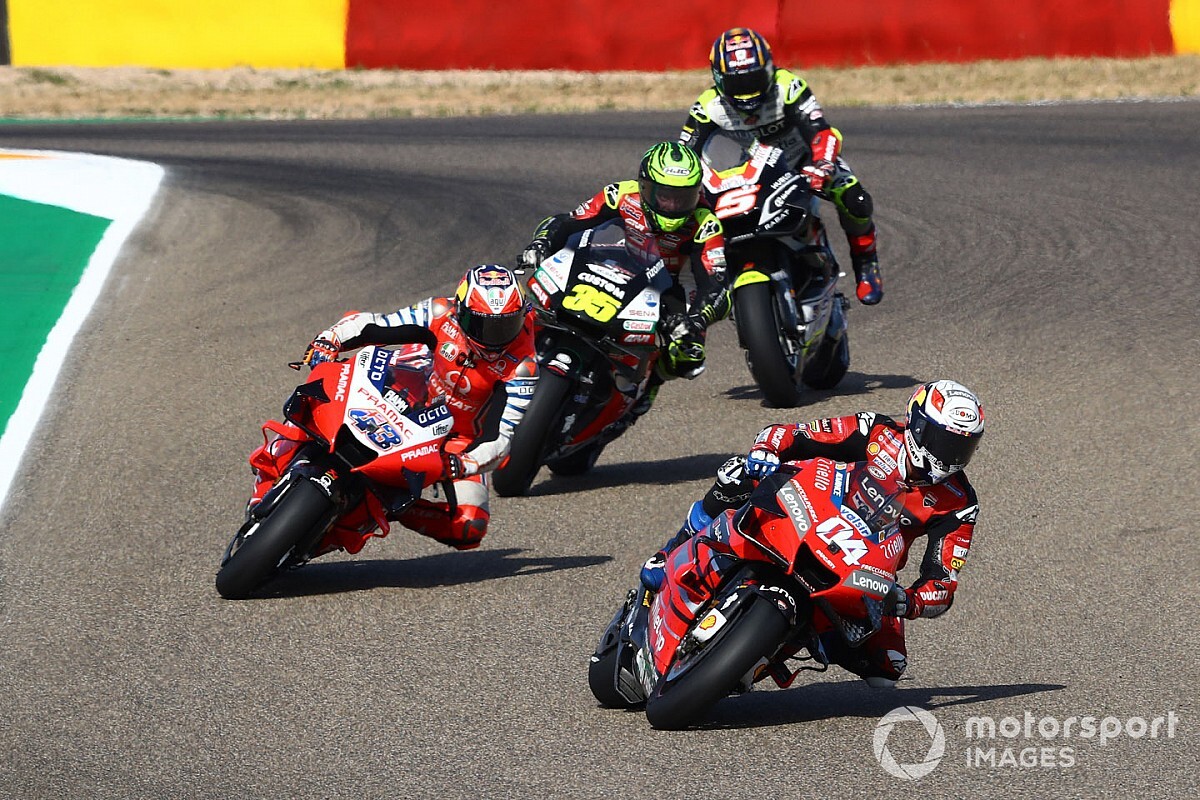 Ducati’s Andrea Dovizioso believes it will be “very hard to fight” with Suzuki for the MotoGP title following its second double podium in three races at the Aragon Grand Prix.

Alex Rins won Sunday’s Aragon race from 10th on the grid, while Joan Mir took over the lead of the championship by six points after finishing on the podium in third.

Dovizioso came from 13th on the grid to finish seventh and is now only 15 points away from Mir in the standings. The Ducati rider says he’d already identified Mir as a strong title contender but points out that Fabio Quartararo struggling to 18th at Aragon due to a front tyre pressure problem is just “confirmation that every week anything can happen”.

“I think already, before Le Mans, Mir was the strongest because he’s more consistent than everybody,” said Dovizioso. “Yes, Quartararo won more races and this is important. But if you look at every race, in the end the Suzuki is there and this is a really important thing if you want to make points for the championship.

“So, we have to be happy about that, but we have to make something more next week.”

Ducati riders struggled to generate tyre temperature this weekend in the cold, while Dovizioso found preserving the soft rear rubber in the conditions was difficult.

This forced his hand into choosing the medium rear for the race but concedes the warmer temperatures on Sunday made this the wrong decision and feels had he qualified higher he’d have still only finished fifth.

“I think at the maximum with the tyre choice, we [could do] a maximum two positions [more], not more because at the end the medium worked not that good like the practice and we finished the tyre in the last eight laps,” he explained. “So, we couldn’t stay with the first riders. But that makes the difference with the drop of the tyre at the end of the race.

“So, it will be very important to start in the first two rows next week. But before we have to be faster in some areas because I was losing a lot at the beginning of the race and I wasn’t fast in some corners, and when this happens in the race you are f**ked because you can’t change that.”

Mir claims he ‘cares less’ about title than rivals