Ducati rider Danilo Petrucci admits his mistake in qualifying for MotoGP's Austrian Grand Prix, which left him only 12th on the grid, ended up ruining his race. 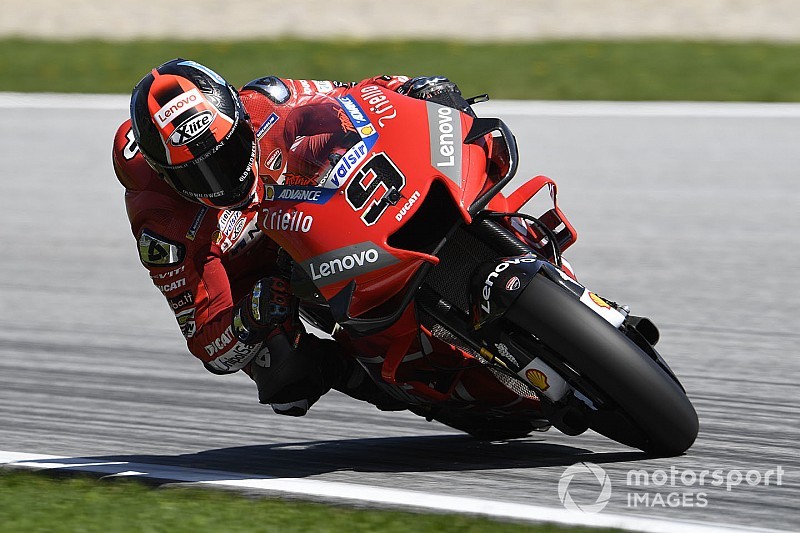 While his teammate Andrea Dovizioso beat Marc Marquez to victory, Petrucci could manage only a distant ninth, more than 17 seconds down at the finish.

It came a week after the 28-year-old finished eighth at Brno, with ninth marking his worst-ever result as a factory Ducati rider.

In Austria, Petrucci crashed at Turn 4 and was last in Q2 on Saturday, which put him on a position on the grid where riders can be easily involved in incidents.

He admitted that ultimately it was his qualifying mistake that ruined his race.

"In FP4 I was for fighting for third, fourth position, it was very hot and I could use in a proper way the front hard tyre," said Petrucci. "[On Saturday] I was a little bit too confident of my front and I decided to turn the bike even if I was a little faster, and I crashed.

"[In the race] I was a little bit scared, maybe not so confident to use the hard front today because it was not so hot. But was the only key I had for braking hard.

"In the first corner I was stalling in the middle of the pack, [Pol] Espargaro braked in front of me, I don't understand why. Then in the second lap he crashed with [Cal] Crutchlow and I almost crashed too. I lost again another three, four positions and I was in P14.

"I am really sorry for my team that works really hard and this race is bad because I did a mistake yesterday and then when it happens, when you start in the middle of the pack that you are in the middle of crash or something.

"I was in the middle of this mess two times, and I lost a lot of time."

Petrucci added that it was "impossible" to move forward in the race, most of which he spent behind Tech 3 KTM rookie Miguel Oliveira.

"The problem was that I was very struggling to stop the bike and I was not able to make any pass," he explained.

"At the beginning of the race I feel good but was impossible for me, I almost hit Oliveira twice. There was a good chance to earn some points with [Maverick] Vinales or [Alex] Rins but I struggled all the race.

"Last year I was fifth, was not bad, but this year the race was very tricky. I think we can do better for the next races, I want to do better. I am happy that these two races are gone."

Despite two difficult races, Petrucci remains third in the standings, but now only has a 12-point over Rins, who finished sixth. 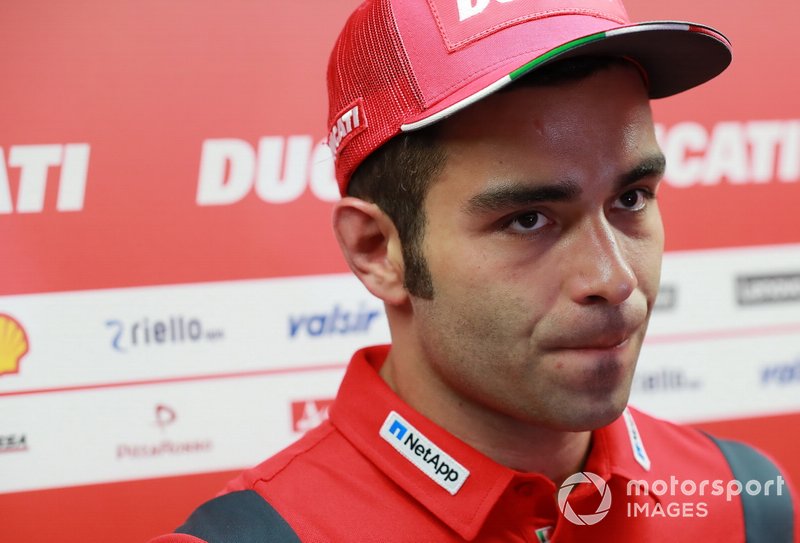