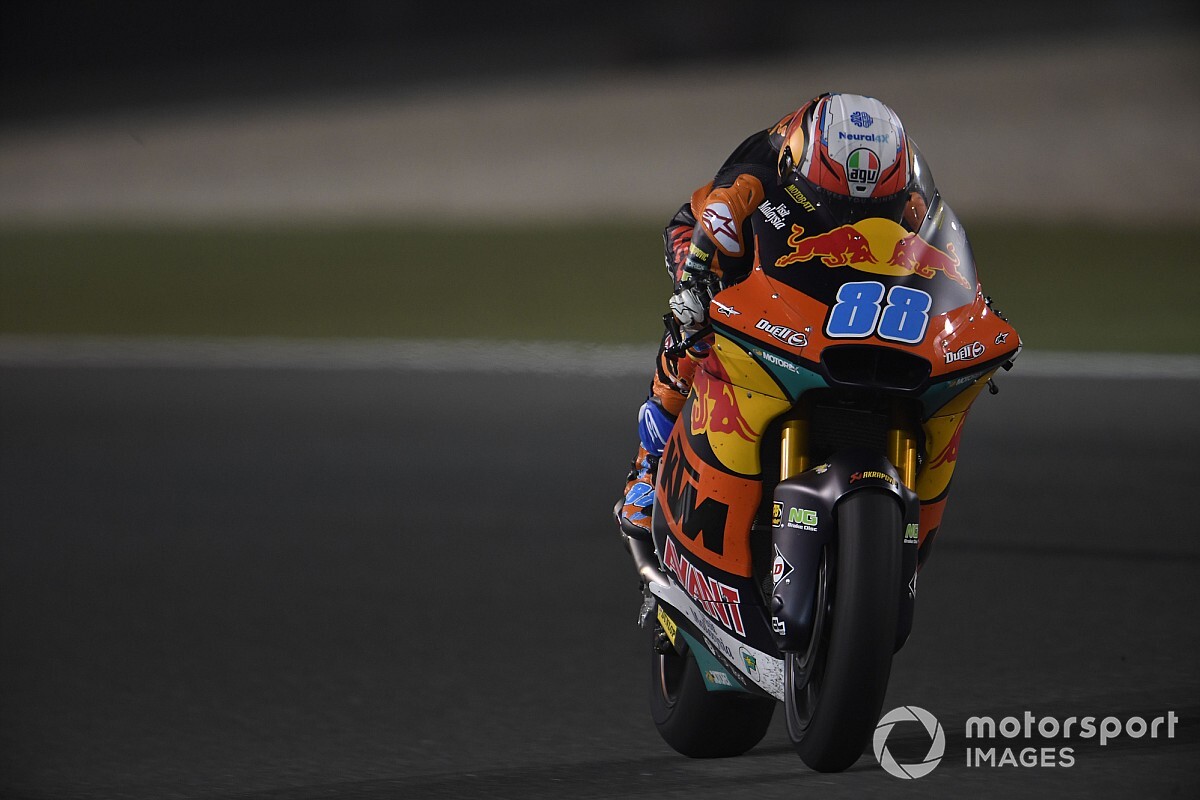 Ducati announced last week that it had signed Miller to its works outfit for 2021, with Danilo Petrucci confirming he would be leaving the marque at the end of the year.

Current KTM Moto2 rider and 2018 Moto3 world champion Martin, as well as fellow Moto2 podium finisher Enea Bastianini, had been linked to the seat at Pramac vacated by Miller – though team boss Francesco Guidotti admitted it would be a “miracle” if Ducati could extricate Martin from his KTM contract.

However, Motorsport.com has learned Ducati and Martin have now agreed a deal to promote the Spaniard.

Martin made his Moto2 debut last year with the Ajo KTM outfit following his title-winning Moto3 campaign with Gresini Honda, and managed two podiums late in a largely difficult year aboard the lacklustre KTM chassis.

He remains with Ajo KTM for 2020 (though aboard a Kalex chassis after KTM ended its Moto2 programme at the end of last year), and endured a low-key opener in Qatar in 20th.

Martin’s Ducati MotoGP deal will see him have machine parity with the works team riders, as is the case with current Pramac duo Miller and Francesco Bagnaia.

Ducati is yet to complete its line-up at its works outfit, but Andrea Dovizioso is expected to remain despite talks having stalled over money.

Dovizioso’s current teammate Petrucci has been linked with a switch to World Superbikes with Ducati as well as to the second seat at Aprilia, should Andrea Iannone’s 18-month doping ban not be overturned by the Court of Arbitration for Sport.

Aleix Espargaro confirmed to Motorsport.com last week that he was close to securing a new deal with Aprilia, which he admitted will very likely be his last in MotoGP.

Due to his current contractual situation with KTM, an official announcement on Martin’s Pramac Ducati move is not expected until next month.