Ducati under investigation over winglet complaint 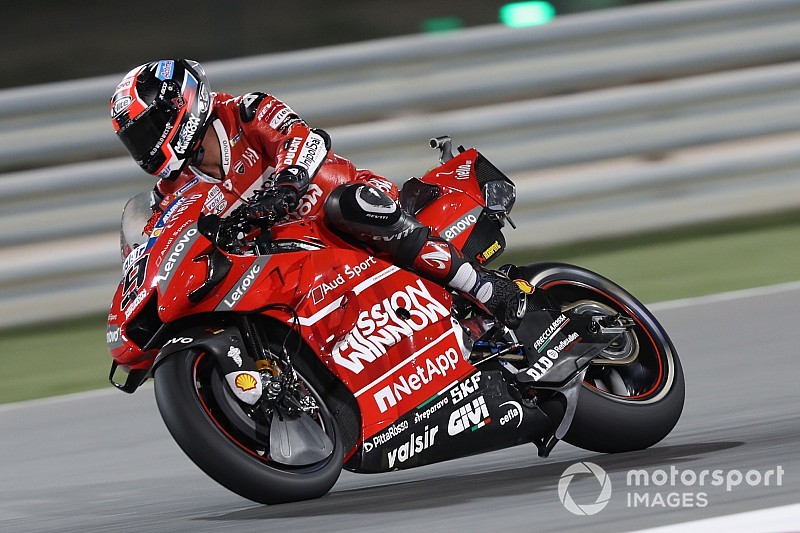 Ducati is facing an investigation following the Qatar Grand Prix regarding a rear tyre winglet the Italian team used during the race.

Ducati introduced a new winglet positioned right in front of the rear tyre for the curtain-raiser, the device thought to be used for cooling the rear tyre.

After it was tested by Danilo Petrucci, both he and Andrea Dovizioso used the winglet during the race, with the latter going on to win by just 0.023 seconds ahead of Marc Marquez.

Following the race, four of Ducati's rival manufacturers, Honda, Suzuki, Aprilia and KTM, filed a complaint to race direction over the legality of the winglet.

Ducati has now been requested by MotoGP's technical delegates to hand over the parts for inspection to determine whether they comply with the current regulations.

Motorsport.com understands the technical delegates were already aware of the devices, but could not launch an investigation until a formal complaint had been submitted.

Petrucci finished the Qatar GP in sixth position, with both his and Dovizioso's results provisional pending the outcome of the investigation.