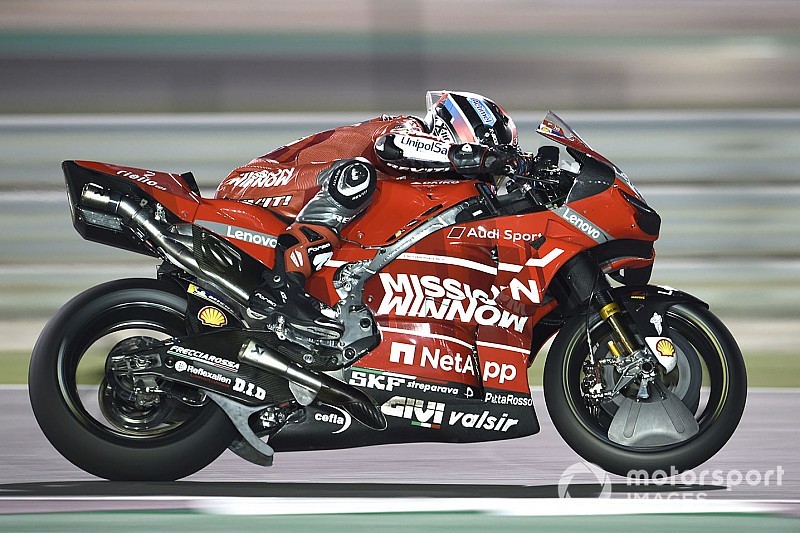 The FIM has ruled that Ducati's controversial rear winglet is legal and that Andrea Dovizioso's Qatar Grand Prix victory is now final.

Following a protest lodged by Honda, Suzuki, Aprilia and KTM in the wake of Dovizioso's victory earlier this month, the FIM Court of Appeals hearing took place on Friday at the governing body's headquarters in Mies, Switzerland.

The four teams that filed the complaint believed that the device, which was also used by Danilo Petrucci and Jack Miller in Qatar, provided an aerodynamic benefit - a claim rejected by Ducati, who insisted its purpose is to cool the rear tyre.

However, in a statement issued on Tuesday evening, the FIM declared that the device is legal and that its use cannot be protested in subsequent races.

"The provisional race results are confirmed and are declared as final.

"The request to declare the Device illegal and ban its use in future races is rejected."

The statement added that the four protesting teams now have five days to file an appeal against the FIM's verdict to the Court for Arbitration of Sport (CAS).

Iannone: Aprilia not making the most of existing bike

Aprilia wants to fight for podium in "most races" in 2020