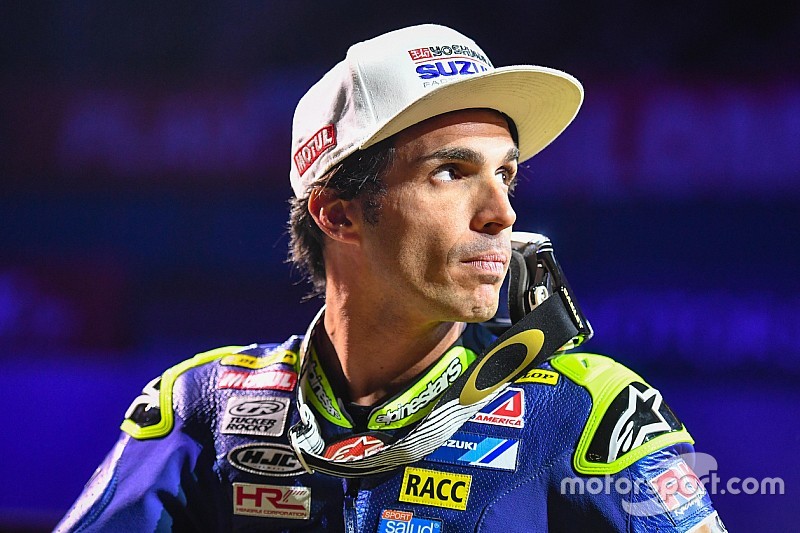 Suzuki will reward three of its Superbike riders, including former MotoGP race winner Toni Elias, with a chance to test the GSX-RR in Sepang next week.

Along with MotoAmerica champion Elias, Michael Dunlop and Josh Waters will also be present in Malaysia for their success in the Isle of Man TT and Australian Superbike series respectively.

They will ride the 2017 version of the Suzuki MotoGP bike on January 25-26, during the private Sepang test that precedes the first official test that begins on January 28.

Sylvain Guintoli will also be present aboard a 2018 GSX-RR, along with test riders from other manufacturers such as Casey Stoner (Ducati), Stefan Bradl (Honda) and Mika Kallio (KTM).

Elias has not ridden a MotoGP bike since racing for the Forward Yamaha squad in 2015, while Dunlop and Waters will get their first taste of premier class grand prix machinery.

People will change opinion of Iannone in 2018 – Pernat

Dovizioso: Repeat of 2017 "not enough" for title bid