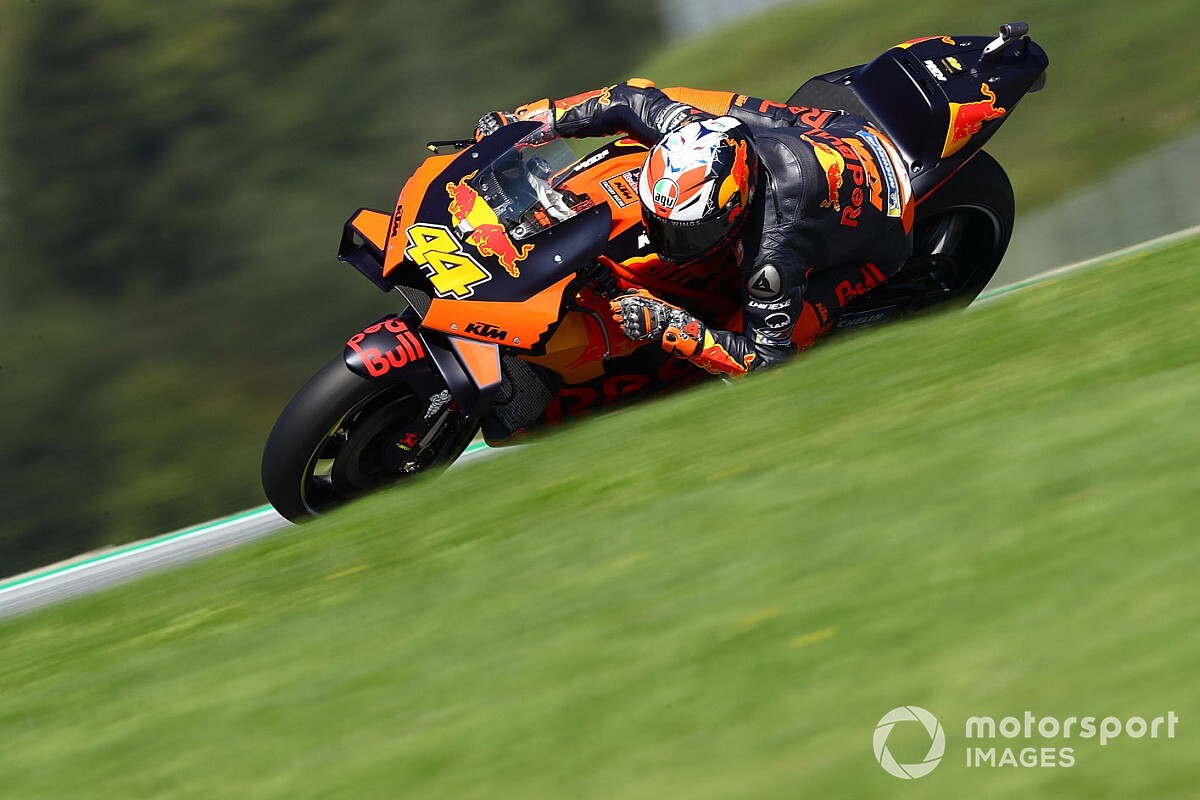 Espargaro led the Austrian GP before it was red-flagged and looked the strongest of the lead group, but suffered with a lack of his preferred medium tyres for the restart before his afternoon ended in a collision with Tech 3’s Miguel Oliveira.

The KTM rider has been quick all weekend at the Styrian GP, topping Friday on the combined times before claiming his maiden MotoGP pole by just 0.022 seconds.

While some riders fear Espargaro has the pace to check out in the race should he get the holeshot, Espargaro has cautioned that it will be “tough to win” on Sunday given the current competitive order.

"Last weekend I think we had more chance to win the race,” Espargaro said. “I think it was more achievable as we showed a good performance in race one [before the red flag].

“This weekend is slightly different. Suzuki has improved their performance during the whole weekend, both riders are in an amazing shape with a very good rhythm.

“For sure the Ducatis [too will be there] and here [Takaaki] Nakagami for sure is not going to make my life easy tomorrow.

“I think the pace is pretty similar [between] all of us. Maybe last weekend I had something else. But it’s going to be tough to win.

"Whatever happens, I want to cross the finish line and for sure if it’s possible fighting for the victory it will be amazing, but also a podium here at home for KTM for the first time would be something unbelievable.”

The 2020 season has been a banner year for KTM, with Brad Binder scoring its first win at Brno and Espargaro securing its first pole.

On his debut on the bike in Qatar in 2017, Espargaro was 2.8s off the pace, while team-mate Bradley Smith was 3.3s adrift on the back row of the grid.

Having been instrumental in KTM’s progress since then, Espargaro says his Styrian GP pole is “super-special”.

“For sure it’s super special for me,” he added. We’ve been four years [of] ups and downs. The first year’s bike was unbelievably difficult. We were three seconds [back] in qualifying [for our debut].

“I remember being the last ones on the grid in Qatar, we couldn’t even see the red lights at the race start. Everything was super-difficult. We were expecting to improve quite a lot, but the improvements came starting last year.”