KTM rider Pol Espargaro is “not using his full potential” in MotoGP and needs to approach races differently, according to the marque's motorsport boss Pit Beirer.

Since joining the nascent MotoGP programme in 2017, Espargaro has largely outperformed teammate Bradley Smith – and has kept the ride for 2019-20 while Smith will be making way for Johann Zarco.

However, Smith has increasingly been a match for Espargaro as of late, outqualifying him in three of the four weekends leading up to the Spaniard's injury at Brno.

Asked the following weekend at the Red Bull Ring how KTM expected the intra-team battle between Espargaro and Zarco to go in 2019, Beirer reiterated that he wanted Zarco to regain his earlier form – before admitting that he was not fully satisfied with Espargaro's recent performances.

“I think with Pol, especially lately, we saw some things he is doing where I am not 100 percent happy,” Beirer said. “And we need to talk about it. I really see that he is absolutely not using his full potential.

“If a rider just doesn't have more talent and he cannot go faster, we will never tell him 'go faster' because he will crash or something.

“But I think in the surrounding and preparation of the race, Pol can do better, and he needs to do better, because like this he will always hit the roof on the same level.”

Espargaro's recent collarbone fracture, sustained in a Brno warm-up crash, has been a setback for KTM, and the team has been left scrambling to find a replacement in case he isn't fit for Silverstone.

Explaining the crash, Beirer said: “We have a really quite intense discussion with him because he was six seconds slower the lap before, engine temperature dropped by 15 degrees, and then he went around the finish line and wanted to make a fast lap.

“I think he used the same braking point as normal, but things didn't work as normal. Then he braked too hard, then he released everything, and then he was already on the way to the fence. He had a really hard crash.

“I think it was really a pure mistake to let the bike cool down and then go on a flying lap out of this.

“That's something he needs to be very careful in the future. Because he did some things like that before, we warned him but this time we paid a high price for doing this.” 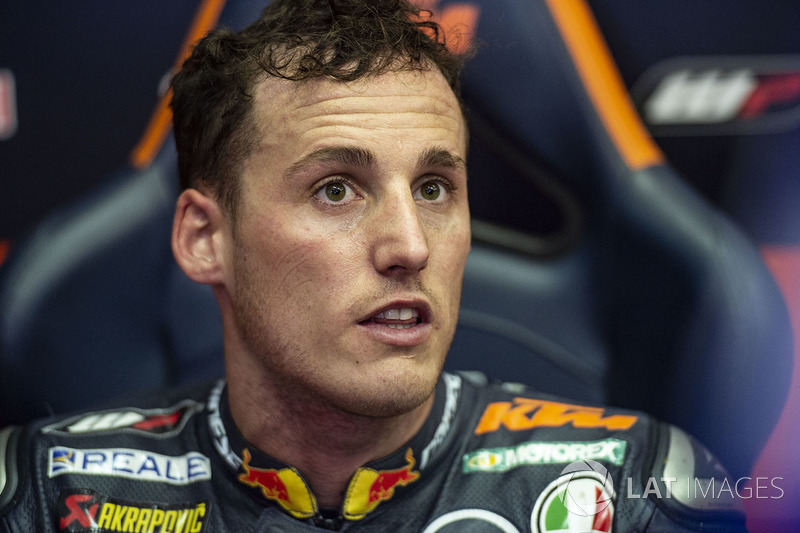 Espargaro won the 2013 Moto2 title but is yet to manage a real breakthrough result in MotoGP, despite scoring points consistently in his three years with Tech 3 Yamaha before his KTM switch.

“I'm sure Pol could be a really really top rider, but [he has to] prepare different. And if you hear how Johann is preparing and how much he is training for this, I think this can be really beneficial.

“On the other side, how talented Pol can use the bike and do some corners, just completely crazy, that could help also Johann's side, so we hope it will lift a level in the team from both sides.”

Pedrosa: Loss of form in 2018 is "unexplainable"