Aleix Espargaro says his objective with Aprilia in MotoGP is to replicate what Andrea Dovizioso has done at Ducati, describing what the Italian has done this year as “unbelievable”. 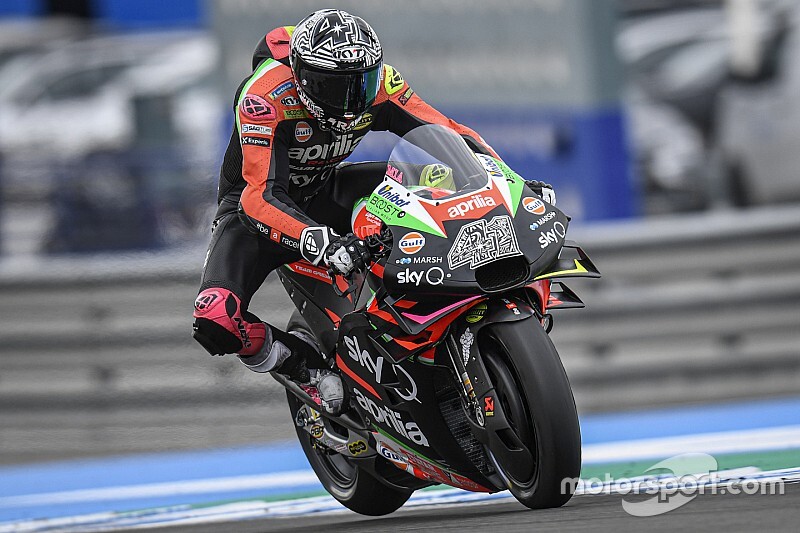 Dovizioso joined Ducati in 2013, and after scoring his first podium for the Bologna marque until in 2015, he has established himself as runner-up in the championship and Marc Marquez’s closest rival for the last three seasons.

Aprilia finished last in this year’s manufacturers’ standings, with Espargaro 14th in the riders’ table having managed just five top 10 finishes this year.

After commenting that Dovizioso is his favourite rider, and calling Ducati "clever" for keeping Dovizioso as part of its line-up for so many years, Espargaro believes Aprilia has to follow this example.

“It is, this is our objective [to replicate Dovizioso and Ducati], 100 percent,” Espargaro said when asked by Motorsport.com if what Dovizioso has done at Ducati is an inspiration for him. “This is what we would like.

"The easiest thing would be to change team and find a factory bike, another place even in a private team and try to fight for the podium. But the nice thing and the thing that I would like is to put Aprilia on the podiums as he did with Ducati.

“When he arrived at Ducati, the Ducati was super far [from the front] and look at the level of the bike now. He’s close this year to 300 points [269]; this is unbelievable.

“The problem is the best rider in history [Marquez] is there, so second place in the championship is like a title.”

Aprilia is set to radically overhaul its RS-GP in 2020, though it had nothing new to test at the Valencia and Jerez tests in November.

Though he called its parent company Piaggio “very big”, Espargaro admits Aprilia is “proving on track” with its results that it is MotoGP’s smallest manufacturer and currently its resources don’t match that of the rest of the grid.

“From today, no,” he replied when asked if Aprilia’s resources are enough to battle the big teams. "I mean it’s there, you can see the results we’ve done in the last three years.

"But Aprilia joined MotoGP in five years ago [in 2015]. So, it looks like we are missing something because we are not at the level of our rivals.

“What I want to say that actually Aprilia is very, very big. The Piaggio group is very big, so we have to prove that on track. 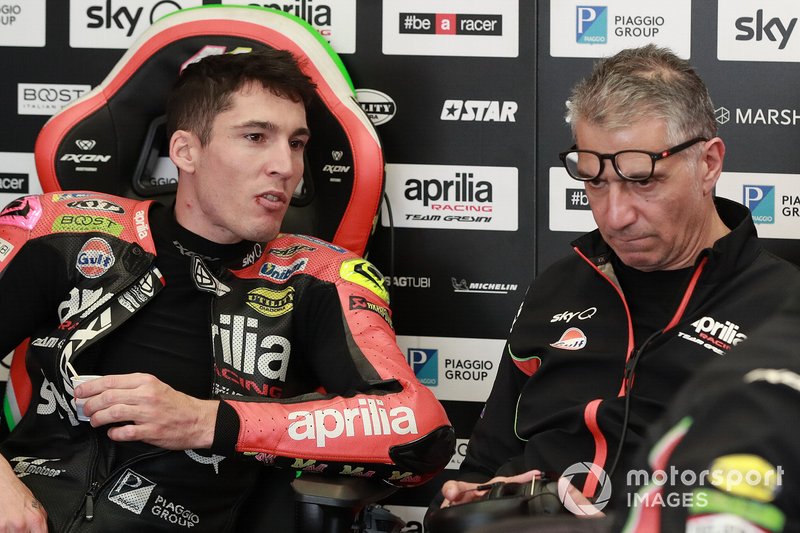