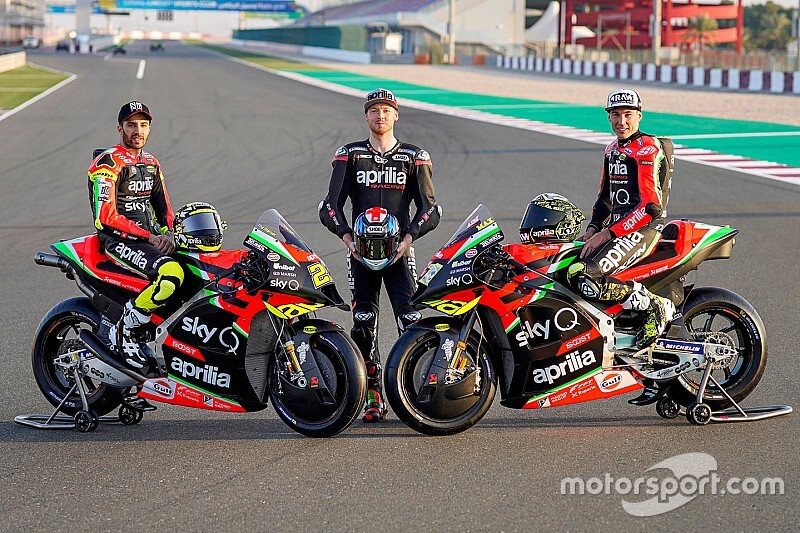 Aleix Espargaro has branded comments Aprilia MotoGP teammate Andrea Iannone made about the level of input he had in the bike’s development “super disrespectful”.

Aprilia has radically overhauled its RS-GP for the 2020 season, which made a largely successful track debut at the Sepang pre-season test two weeks ago following a difficult campaign for the marque last year.

Espargaro was outspoken about the team’s apparent lack of progress with the bike in 2019, but was full of praise for the effort it had made with its machine after riding it in Malaysia.

Iannone is currently under suspension by the FIM for a doping infringement over the winter, but was present in Qatar on Friday for the team’s livery reveal.

Afterwards, he commented that the new bike was “made following my instructions”.

“The bike is one of the most beautiful, we have taken a very important step [forward],” Iannone told motogp.com. “I hope to try it on the track as soon as possible.

"Painful decisions were made last year. We suffered all year, we focused on 2020 and the intention was successful.

“I feel an integral part of this project, the motorcycle was made following my instructions.”

This comment riled Espargaro, who says it ‘disrespects’ the work the Aprilia engineers, as well as test rider Bradley Smith, have done to produce the ’20 RS-GP.

Espargaro insisted Iannone’s comments were “not true”, and that “he knows perfectly it’s not true”.

“Super disrespectful,” Espargaro replied when asked for his response to Iannone’s words.

“I have had many teammates in Aprilia, I’ve never had a problem with anybody in Aprilia. I feel that I have [been] good friends with my teammates, also with Andrea.

“But with what he said yesterday, for me, it’s the end our good relationship because what he said is a big disrespect to my engineers, my mechanics, to Bradley, to me, because it’s not true.

“He knows perfectly it’s not true what he said. I’ve been Aprilia for four years, asking for this, pushing the engineers and finally this [bike] arrived.

“But it’s [his comments] not true. He used my settings all season and in 90 percent of the sessions he was behind me. So, it’s not fair what he said for all the people around me, all the people in Aprilia.

“But we all know how Andrea is. I will continue to live my style of life and he will do his, and the future will decide."