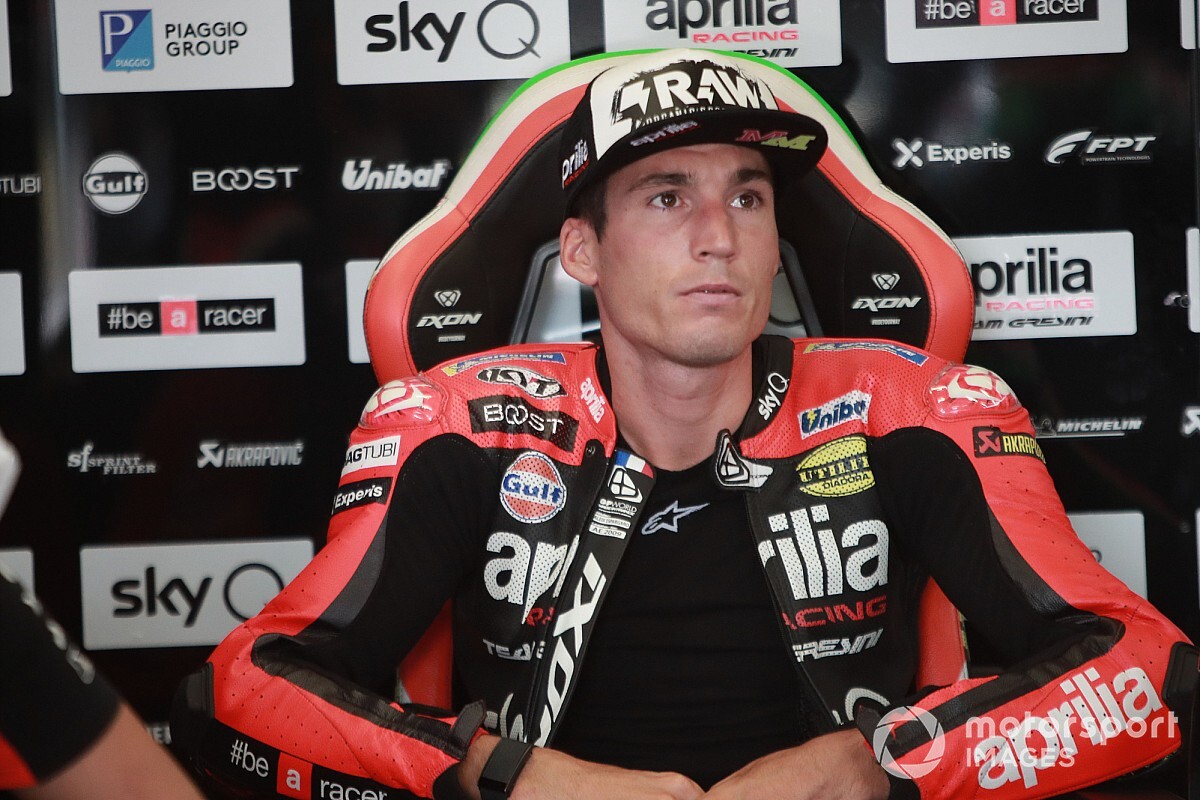 Aleix Espargaro says Danilo Petrucci giving him the middle finger after MotoGP Austrian Grand Prix qualifying was “stupid” and “hopes he gets a fine” for his outburst.

Petrucci was left furious by the Aprilia rider when he ended up in front of him at Turn 9 in the latter stages of Q1, with Espargaro having eased off just as the Ducati rider was coming into the final sector of the Red Bull Ring.

The Ducati rider gestured on track at Turn 3, before giving Espargaro the middle finger in pitlane afterwards.

Espargaro says he doesn't "understand" Petrucci's problem because he set his best sector four time on the lap in question, and says the Italian is just trying to "justify" missing out on a Q2 place on the bike which has won all Austrian GPs since 2016.

"He's just stupid, all the show he did," Espargaro fumed. "I don't understand. If you analyse the timing, his best sector four of all weekend has been set in that lap.

"So, [I have] nothing more to say. And then he closed [the gas] on the middle of the straight, he destroyed also my next lap.

"He tried to do stupid things when he arrived in the pits. He was just trying to justify that he was P13 in the winning bike of the last four years, but it's not my fault."

Espargaro added that Race Direction needs to penalise Petrucci for easing off the throttle on the straight, while also hoping he is given a fine for his middle finger gesture after riders were warned about outbursts like that at Jerez.

"I'm sure they need to penalise him because he closed in the middle of the straight.

"We actually talked also two races ago about the gesturing, they say to us 'please be careful, be polite'. We talked about this at Jerez. So, I hope he gets a fine."

Petrucci admits his pitlane outburst was "too much", but believes he may have been able to progress into Q2 without his run-in with Espargaro.

"For sure, it was a really good entry to Turn 9 when I saw Aleix coming on my line and then I had also Aleix in front of me in last corner," he explained.

"I had to wait a little bit to open the throttle because he was really close. Maybe I could be in Q2 [without this run-in].

"At the moment I'm quite OK about the feeling I had in FP4, I had a good pace with the used tyre. I want to focus on this.

"I maybe talk with Race Direction later, they call us, but I don't know what they have to tell me.

"For sure my middle finger to him was too much, but we are always trying to do our best.

"It makes me laugh because he [Espargaro] always writes on Twitter that 'I prefer to talk directly to the person and talk on track'. So, he is always the same."