Tech 3 KTM rookie Raul Fernandez says he had his first “real” crash on a MotoGP bike after coming off at 200km/h on Saturday at the Mandalika test.

By:
Lewis Duncan
Co-author:
Oriol Puigdemont
Listen to this article

The 2021 Moto2 runner-up was one of several riders to crash on Saturday in Indonesia, though his was a particularly nasty one.

The Spaniard pushed too hard on used rubber and slid off his KTM at around 200km/h, leaving him with bruising to his face and his head.

Upset that he couldn’t fit a fresh soft tyre for a time attack at the end of the day – leaving him 21st on the timesheets – Fernandez says his Saturday was still positive despite the “hard” fall.

“The day was really positive, we did one step from yesterday,” the battered Spaniard, who also had a light front-end crash at the Sepang test last week, said.

“We’re not very far, we don’t lose too much time to them. This is important, also all the day I was in the top 15.

“But in the last part of the day I crashed and I could not put in a new tyres.

“Anyway, the day is positive and we will see tomorrow.

“But now I have pain from the crash and I want to ride tomorrow, it was a hard crash. It was my first real crash in MotoGP.” 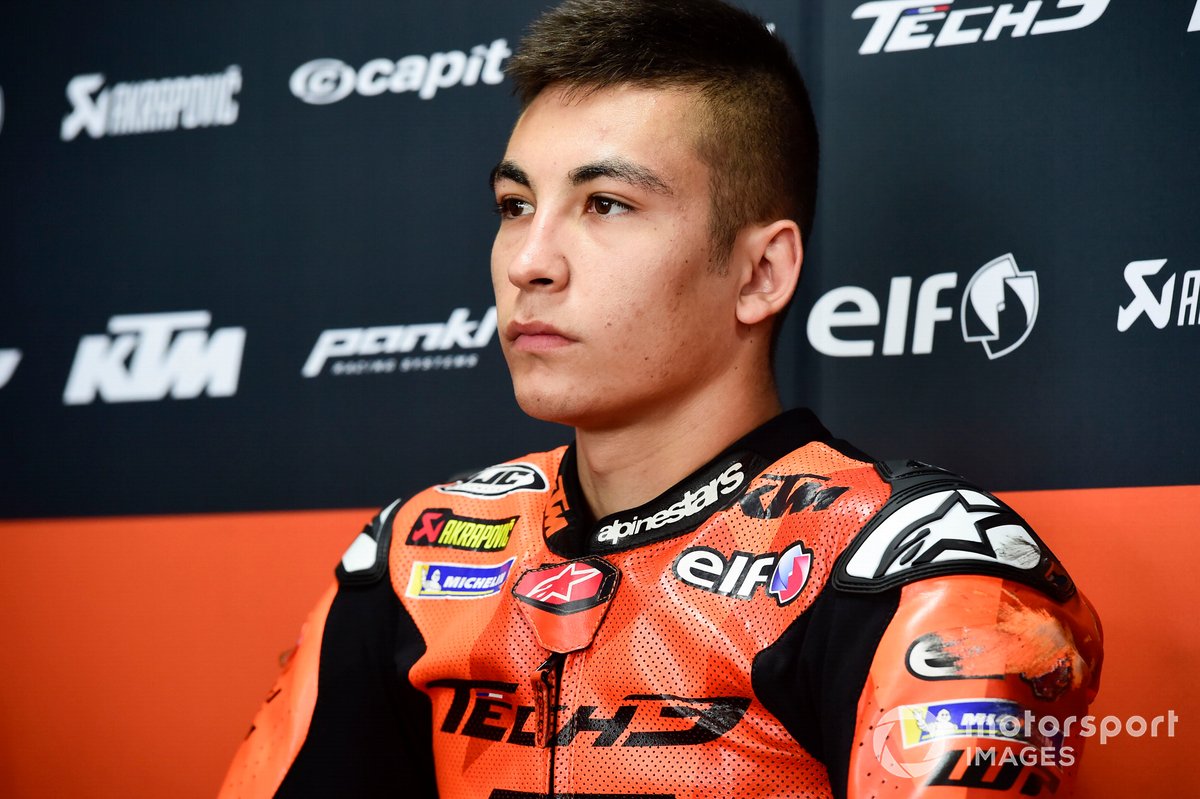 Explaining his crash, Fernandez added: “[I did] nothing strange, we did work on the bike and the tyre had too many laps [on it] and I crashed.

“In my case it was because I had old tyres and I pushed like it was a new one, and I crashed.

"Also, in Moto2 I had nice experience for hard crashes, but anyway tomorrow I will see. I am really focused on trying to improve my time.”

Pramac’s Jorge Martin was another rider to have a fast crash on Saturday at the new Mandalika International Street Circuit and was critical of the track’s gravel – which he said was “like knives”.

Suzuki team boss Livio Suppo says the fact the squad “doesn’t have time to brood” is “the only positive” of its disastrous final MotoGP race on home soil in Japan.

Takaaki Nakagami will miss MotoGP’s Thailand Grand Prix this weekend and undergo further surgery on his injured finger, with Tetsuta Nagashima coming in as cover.

Cal Crutchlow says a bike alarm on his way to the grid caused him to 'panic' and forget to engage his starting devices, which hindered his MotoGP Japanese Grand Prix.

MotoGP has announced it hopes to stage a grand prix in Kazakhstan from the 2023 season.