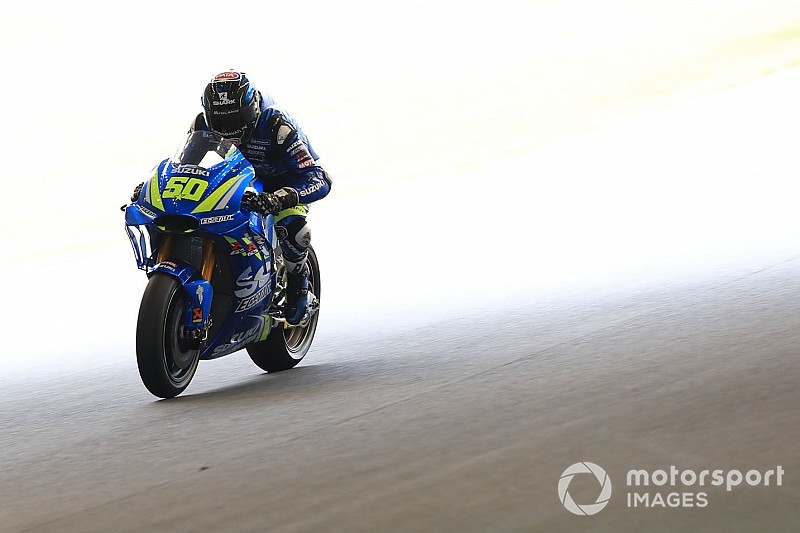 Suzuki MotoGP test rider Sylvain Guintoli is set to race in this weekend’s Japanese Grand Prix with a 2019-specification engine and aerodynamic fairing.

Guintoli is making his third appearance of the 2018 season at Motegi following previous outings at Barcelona and Brno aboard an experimental version of Suzuki’s GSX-RR.

He was in action at Motegi last week for a two-day test, where he tried the 2019 engine, and team boss Davide Brivio revealed the new unit was in use during first practice on Friday morning.

The Frenchman ended up 21st fastest in that session, a little over two seconds off the ultimate pace and 1.5s adrift of top Suzuki rider Andrea Iannone.

“Guintoli is trying an engine upgrade with more power that he already tried in a private test at Motegi,” Brivio told MotoGP.com. “His impressions were good, we’ll see [how it performs] in the race.

“We also have a new aerodynamic [fairing] that we’ll surely try tomorrow. Guintoli is testing something for 2019.

“We are preparing for the Valencia test to have everything in place for the first race of 2019.”

Brivio also clarified that Guintoli is not using the same carbon chassis that has been used by Alex Rins since the Austrian Grand Prix and is instead using a fresh evolution.

“There is no combination of carbon and aluminium on Sylvain’s bike,” he said. “When we put the carbon in, it was simply a fast way to make the chassis stiffer.”

Rins said on Thursday that he did not expect to receive any developments Guintoli is sampling this weekend before the end of the season.

“Now he [Guintoli] is testing the bike for next year, we need to see what he’s trying for next year,” said Rins. “They are working on all [areas] on the bike, but nothing to try for these last races.” 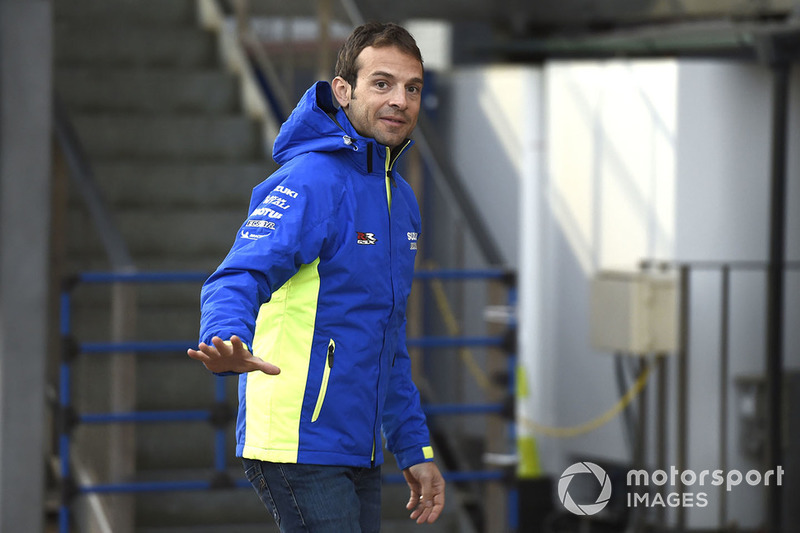