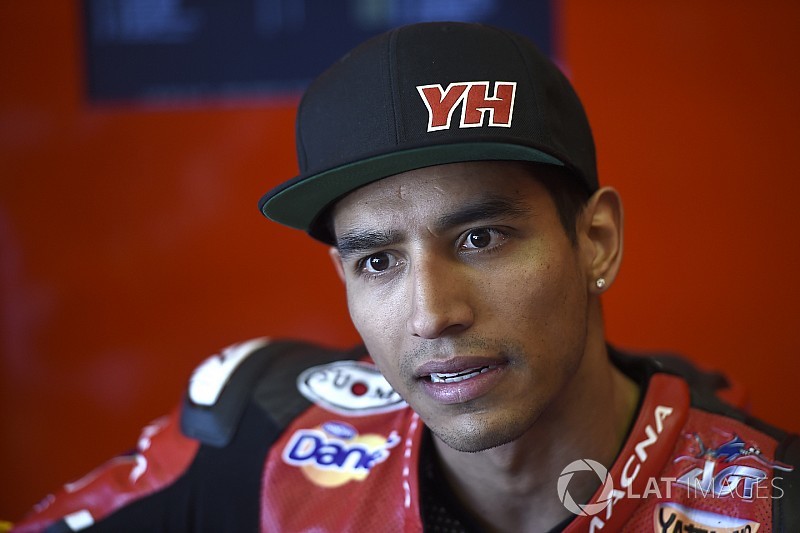 Yonny Hernandez will replace Jonas Folger for the first MotoGP pre-season test in Sepang this month, Motorsport.com has learned.

It was announced on Wednesday that Folger will sit out the entire 2018 campaign as he continues his recovery from Gilbert's syndrome, the rare illness which left him unable to compete in the final four races of last year.

The German's decision leaves Tech 3 Yamaha needing to rapidly find a replacement rider, with pre-season testing beginning at Sepang in a little over a week.

Replacing Folger at the Malaysian track will be Hernandez, who raced full-time in MotoGP from 2012 to 2016 with the BQR, PBM, Pramac and Aspar squads.

The Colombian stepped down to Moto2 in 2017, but parted ways with the AGR team after nine rounds before turning his focus to endurance racing with Honda.

He has also penned a deal with the Pedercini squad to race in World Superbike this season.

It's understood that Tech 3 is aiming to have a permanent replacement for Folger firmed up before the second pre-season test in Thailand in February, although it is not clear whether Hernandez is in contention for such a role.

People will change opinion of Iannone in 2018 – Pernat