Tech 3 confirms Hernandez "on the shortlist" for 2018 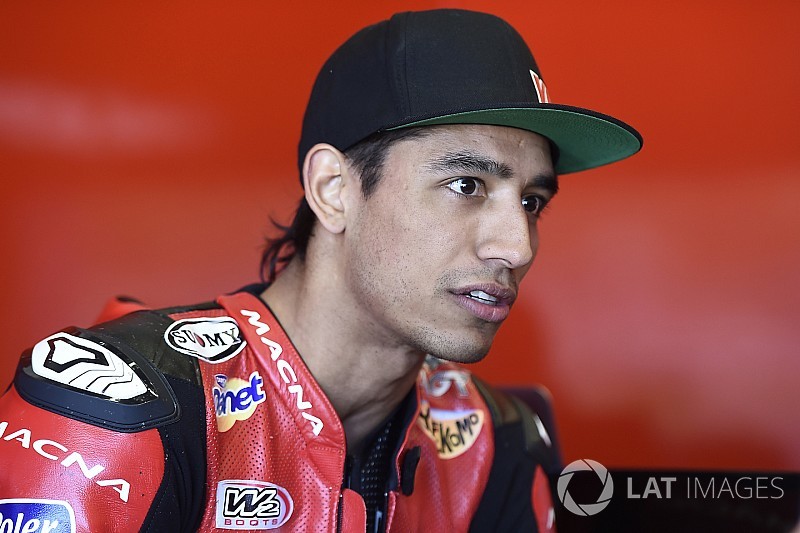 The Tech 3 Yamaha MotoGP team has stated Yonny Hernandez is "on the shortlist” to replace Jonas Folger for the upcoming season, after confirming the Colombian for the pre-season test in Sepang.

Folger, who finished 10th in his rookie MotoGP campaign last year despite missing several races to illness, had been re-signed by Tech 3 for 2018 alongside Johann Zarco – but will now be forced to sit out the season, having not recovered sufficiently.

As Motorsport.com reported earlier this month, Tech 3 has settled on Hernandez as Folger's replacement for the imminent opening pre-season test at Sepang, which is to take place on January 28-30.

The team has also clarified that Hernandez – who had been previously announced by the Pedercini Kawasaki outfit for the 2018 World Superbike season – is now a contender for the full-time ride.

"On January 20, almost everyone with the required level is already under contract, therefore I am very happy to have found out that Yonny Hernandez was so far without a contract," said team boss Herve Poncharal.

"I know that he has got some plans and I would like to take this opportunity to thank Mr. Pedercini for letting Yonny test with us and give him the opportunity to show what he can do on a Yamaha M1 MotoGP bike.

"I am pleased to give him this possibility to test for three days and, with it, giving him the chance to show his potential to both Yamaha Motor Corporation and the Monster Yamaha Tech 3 team. Yet, no permanent decision will be taken before we fly back from Sepang.

"For sure, we will analyze in detail how Yonny performs during this test and obviously he is one of the riders on our shortlist for 2018."

Hernandez spent five seasons in MotoGP between 2012 and 2016, finishing a career-high 14th in the overall standings with Pramac Ducati in 2015.

The Colombian has never finished a premier-class race higher than seventh, but did famously lead in wet conditions at Assen two years ago before crashing out.

Hernandez said: "First of all, I have to say that I'm sorry for Jonas Folger. I hope he gets well very soon and back on track again, as he is an incredibly fast and talented rider and I want to wish him all the best.

"At the same time, I'm obviously happy for myself to get such a fantastic opportunity riding a MotoGP bike again. I'm delighted I can do the test and work with a very good team and machine."