Why Honda can’t gain concessions even if 2020 woes continue 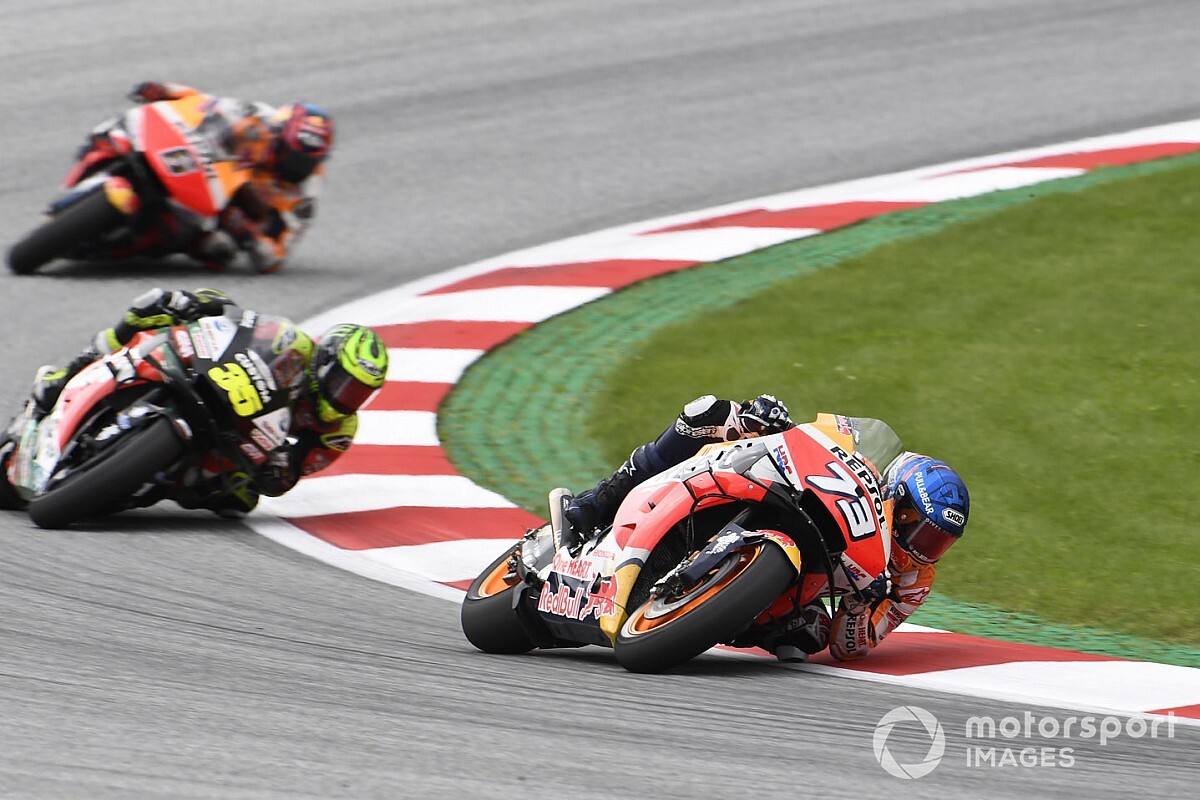 Honda will not qualify for concessions for the 2021 MotoGP season even if it fails to score a podium in a so-far tough 2020 campaign.

For the first time since 1982, no Honda rider has scored a podium in the first five races of a season, with the best-placed HRC rider in the standings LCR’s Takaaki Nakagami on the year-old RC213V in sixth on 46 points

The top 2020 RC213V runner is rookie Alex Marquez having scored just 15 points, while LCR’s Cal Crutchlow sits in 21st with just seven points to his name.

Honda was dealt a major blow when world champion Marc Marquez broke his arm at the Spanish Grand Prix and has been ruled out since, with HRC confirming he’ll be sidelined for at least another two months.

Should Honda fail to achieve a podium this season and gain no concession points, under normal circumstances it would qualify for concession benefits for 2021.

Due to the 2020 season being shortened to 14 races from 20 as a result of the coronavirus pandemic, the concession rule was tweaked for this year so that they could only be lost and not gained.

This is why Honda will not benefit from concessions in 2021 should its miserable 2020 season continue.

Results-based concessions were introduced into the regulations in 2014, whereby new manufacturers or those who haven’t won a dry grand prix since 2013 are afforded certain benefits.

Currently, those concession benefits are extra engines – nine instead of seven – and exemption from the ban on in-season engine development for non-concession manufacturers, as well as the ability to introduce more than one aerodynamic fairing update during a campaign.

Concession manufacturers are also permitted to six wildcard entries instead of three, and are allowed to freely test with race riders during the year.

Should a concession manufacturer gain six concession points across a season, with three awarded for a win, two for second and one for third, those benefits are stripped away for the following season – except the unrestricted testing, which is cancelled with immediate effect.

Though wet results were exempt from being awarded with concession points, that now no longer applies.

Ducati was the first concession manufacturer to lose them for the 2016 season, followed by Suzuki in 2017 and again for 2019 after a podium-less 2017 saw the Japanese marque gain them back for 2018.

KTM is the latest manufacturer to lose concessions, with Brad Binder and Miguel Oliveira winning at Brno and Red Bull Ring in the space of three weeks gaining the Austrian marque the required six concession points.

Given the engine freeze in place for all manufacturers this year as part of COVID-19-related cost-saving measures, the manufacturers’ association will allow KTM to unseal its engines to develop them ahead of them being homologated again ahead of the first round of the 2021 campaign.

Of the six manufacturers on the grid, only Aprilia will benefit from concessions in 2021.

Crutchlow: Honda not as close to me as before in MotoGP