LCR rider Cal Crutchlow believes Honda is paying the price for missing his feedback when it was first developing its 2019-spec MotoGP bike at the end of last season.

As well as being forced to skip the final three races of 2018 after his ankle-breaking Phillip Island crash, Crutchlow was also ruled out of Valencia and Jerez testing, only making his comeback in the first pre-season test of 2019 at Sepang.

This meant the Briton was not able to give his feedback on the behaviour of the 2019-spec Honda RC213V, whose more powerful engine is sealed for the rest of the season.

Despite still nursing injury, Crutchlow said in Sepang he feared Honda had given up its most potent "weapon" as he struggled to rediscover the front-end feeling that had made him a regular podium contender for much of the 2018 campaign.

Following a disappointing run to eighth in the most recent race at Mugello, Crutchlow stated he believes Honda's prospects have been harmed by not having his input at the end of last season.

"I think they [the factory riders], as well as me, are missing my feedback for this bike," he said when asked by Motorsport.com if he felt he was still paying the price for missing the post-season tests.

"I jumped on it in Malaysia, and after five laps I didn’t feel very good with it. They have made an improvement [since then], and it is a little better, but it’s not the feeling I had last year.

"We know the engine is strong and other areas of the bike are strong, but where we are really struggling is corner entry."

He added: "I feel [giving good feedback] is one of my strong points as a rider. I know I’m not fighting for the world title every year, but I can assess things so fast.

"I gave the information that I don’t feel good with it, that it needs improving in certain areas, immediately when I first jumped on the bike. But I couldn’t change the situation that I’d broke my ankle at the end of last year." 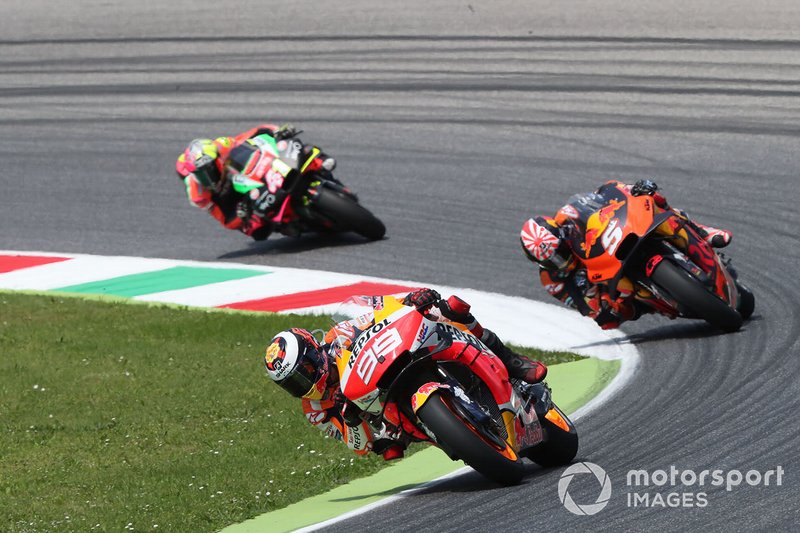 Jorge Lorenzo has endured an even tougher time on the factory Honda, having scored only 19 points so far in 2019 versus Crutchlow's 42 and teammate Marc Marquez's 115.

Ahead of a visit to HRC's Japan factory, Lorenzo expressed confidence the squad could work on a "Plan B" to help its other riders besides points leader Marquez succeed aboard the RC213V.

He pinpointed the bike's increase in power as a cause of some of his problems.

"A stronger and more powerful engine always brings some problem, normally," said Lorenzo. "Can be [it changes] the behaviour of the engine in the corners, to stop the bike on the entry of the corner.

"All the factories are working to have a better engine, but when you get a more powerful engine, you need to work in other areas.

"For the moment, we try some things that improve a little bit on this behaviour on the entry corner, but also it gets worse in another area."

Crutchlow said the fact Marquez failed to win at Mugello - he was beaten narrowly by Ducati's Danilo Petrucci - indicated the Spaniard was likewise not fully at ease on the 2019-spec bike, despite his strong results.

"Marc finds a way, he finds a way every week," said Crutchlow. "You have to take Marc out of the equation. If he felt good he would have won the race. And he didn’t win the race.

"This has been a difficult track for Honda over the years anyway, and he did a great job to finish second, because I’m sure his feeling was not good compared to other race tracks." 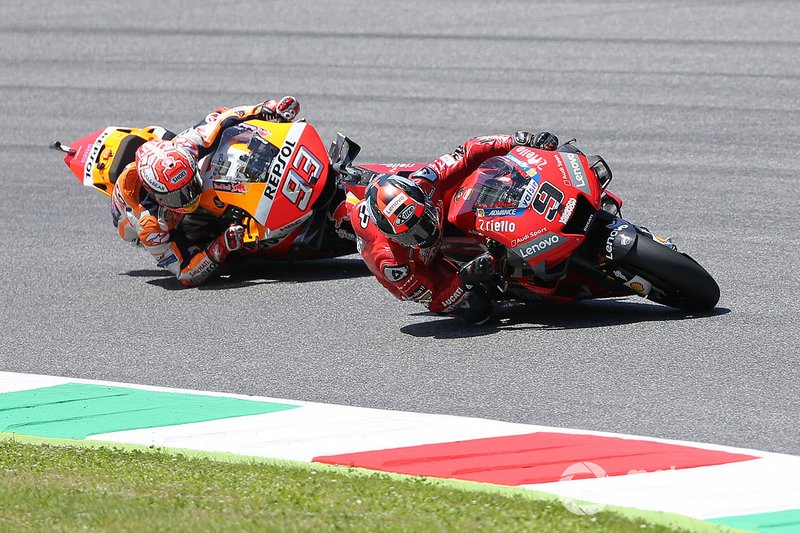 MotoGP's other breakout star of 2019

Iannone: Lorenzo's job "a little easier" than mine