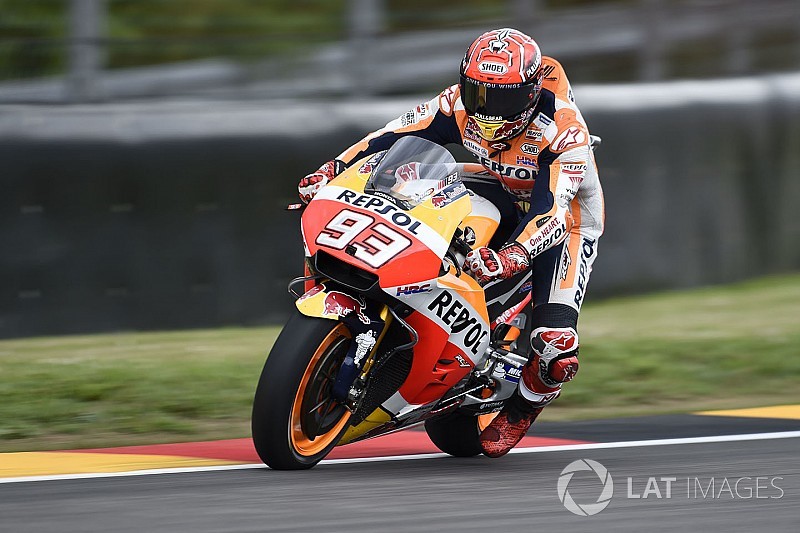 Factory Honda MotoGP riders Marc Marquez and Dani Pedrosa have been given a new chassis to try during a private test at Brno this week.

Marquez and Pedrosa, as well as satellite LCR rider Cal Crutchlow, are currently present at the Czech track for a two-day test, ending on Tuesday.

The new chassis is aimed at alleviating Honda's long-standing acceleration issues, which have influenced the Japanese marque's results during the first half of the season.

Reigning champion Marquez in particular has found himself having to compensate for this weakness by taking more risks under braking, a possible explanation for his 12 crashes he has suffered so far in 2017.

During post-race testing at Barcelona last month, Yamaha introduced a new chassis, which its riders Valentino Rossi and Maverick Vinales have used in the most recent races at Assen and at the Sachsenring.

Previously, Marquez admitted he didn't expect Honda to supply any significant developments for the rest of the year and was resigned to a performance deficit to Yamaha.

Speaking a few days ago during a sponsor event, the Spaniard admitted he didn't expect the new frame to make "a big difference".

“Honda has given us some little things and could be a help, but they won’t make a big difference. We will test a chassis [at Brno] and some other things," he said.

“In any case, a test during the summer break is always a good idea for the rider and for the bike, as it means you don’t lose your pace."

Espargaro aiming to score podium by the end of 2017