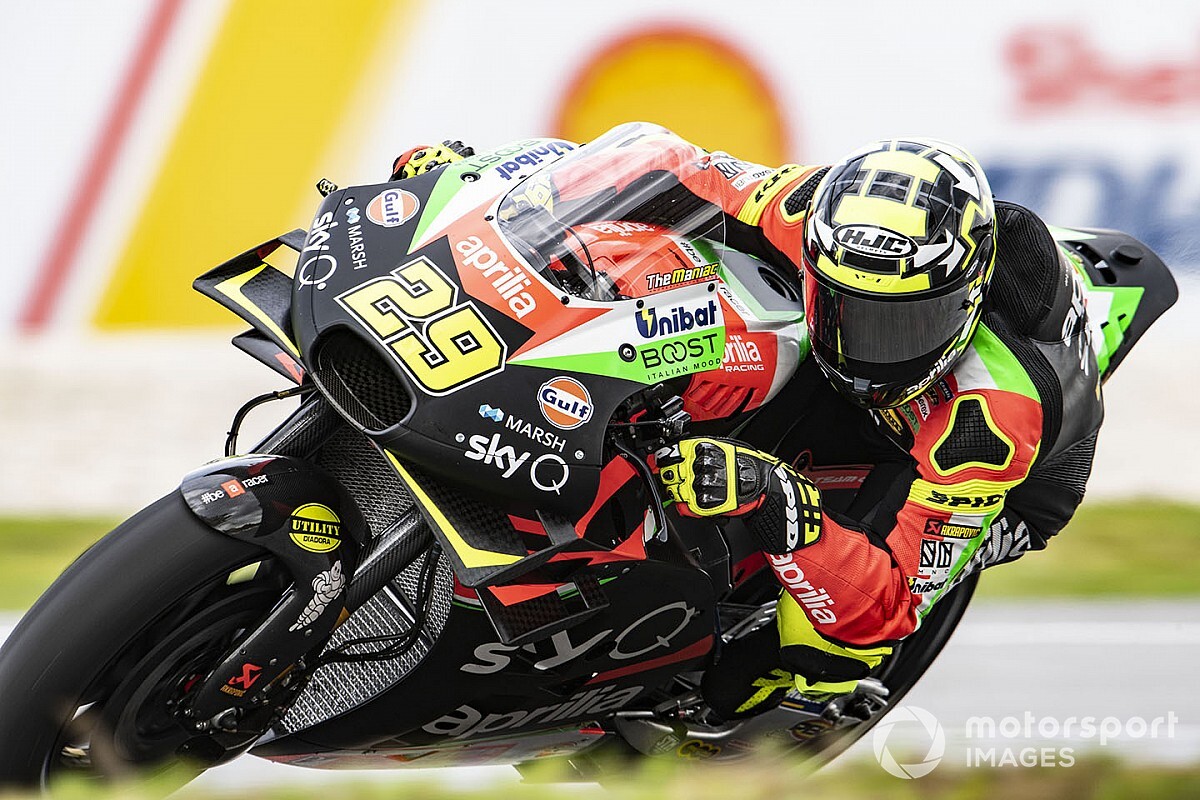 Iannone has been serving a competition suspension handed to him by MotoGP governing body the FIM after he failed a doping test during the Malaysian Grand Prix weekend last year.

The Italian tested positive for a banned steroid, which he claimed got into his system through contaminated meat.

This defence was upheld during an FIM hearing in April, but he was still deemed guilty of taking the banned substance and was subsequently hit with an 18-month ban – retroactively beginning from last October.

This mean he was disqualified from the Malaysian and Valencia GP weekends.

Iannone appealed the decision to the Court of Arbitration for Sport with the full backing of Aprilia, with a verdict expected to have been reached by August.

However, Sky Sports Italy reports that WADA has successfully lobbied for a delay to October.

Aprilia CEO Massimo Rivola stated: “It puts us and the rider in difficulty, but we are waiting for Andrea [to be cleared] – this is our intention.”

Upon Iannone’s 18-month ban being handed to him, Rivola hit back at the decision, calling it absurd – citing past precedent in similar cases of accident ingestion being dismissed as the reason why Iannone should be cleared.

WADA has appealed to the CAS to have Iannone imposed with the maximum punishment of a four-year ban.

Aprilia has stuck by Iannone through the entire saga, and has always maintained it wants to keep him in its line-up for the 2021 season alongside Aleix Espargaro.

However, in the past month outgoing LCR rider Cal Crutchlow has been linked with the currently vacant-for-2021 second RS-GP.

Aprilia test rider Bradley Smith is currently filling in for Iannone, and will now do so until at least the French Grand Prix at Le Mans on October 11.

Lorenzo stated at the time: "He is the only one who knows the truth, but when I was listening to him I saw him serene and his arguments convinced me.

"Like everyone, surely Andrea has made mistakes in the past, but I think this time the 'mistake' was not voluntary.

"So I hope and I wish that sooner than later he'll be considered free to practice what he does best.

"In the end, you may like his 'character' or not but it is clear that the boy has talent and speed.

"And as I said yesterday: 'Talent is neither bought nor forgotten.'"