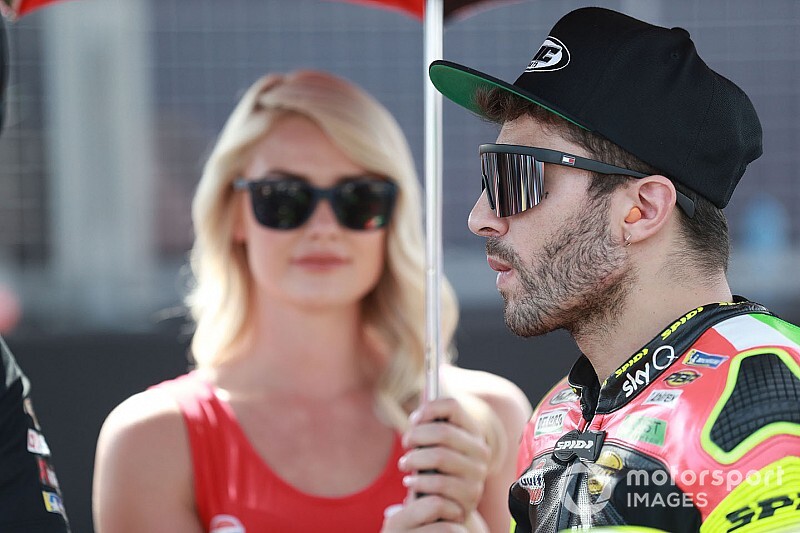 Iannone, the winner of the 2016 Austrian Grand Prix, is in the middle of a two-year works contract with Aprilia.

He has previously ridden for Ducati satellite team Pramac, the Ducati works team and Suzuki in a premier-class career that has so far spanned seven seasons.

"The decision to provisionally suspend Mr Andrea Iannone was mandatory following the receipt of a report from the WADA accredited laboratory in Kreischa b. Dresden (Germany) indicating an Adverse Analytical Finding of a non-specified substance under Section 1.1.a) Exogenous Anabolic Androgenic Steroids (AAS) of the 2019 Prohibited List, in a urine sample collected from him at an in-competition test carried out by the FIM at the round of the FIM Grand Prix World Championship held in Sepang, Malaysia on 3 November 2019.

"Mr Andrea Iannone has the right to request and attend the analysis of his B sample.

"Mr Andrea Iannone is provisionally suspended with effect from 17 December 2019. He is therefore barred from participating in any motorcycling competition or activity until further notice. Under Article 7.9.3.2 CAD, Mr Iannone may request lifting of his provisional suspension.

Iannone would need to demonstrate that "the doping rule violation has no reasonable prospect of being upheld", that he has "a strong arguable case that he bears no fault or negligence for the violation" or that "some other facts exist that make it clearly unfair" if he wants the provisional suspension lifted.

If he waives the right to a hearing over the provisional suspension, a final hearing on his case will be convened by the International Disciplinary Court "within three months after the notification".

West lodged an appeal to the Court of Arbitration for Sport, but was unsuccessful and had a year and a half worth of Moto2 results voided retrospectively.

Iannone, who had joined Aprilia to replace Scott Redding in the previous off-season, had struggled to match the team’s incumbent rider Aleix Espargaro for much of 2019, although seemed to close the gap towards the end of the campaign.

Though he outqualified Espargaro only once in 17 attempts, he scored a respectable 43 points to the Spaniard’s 63, and posted the marque’s best finish of the season with sixth place at Phillip Island.