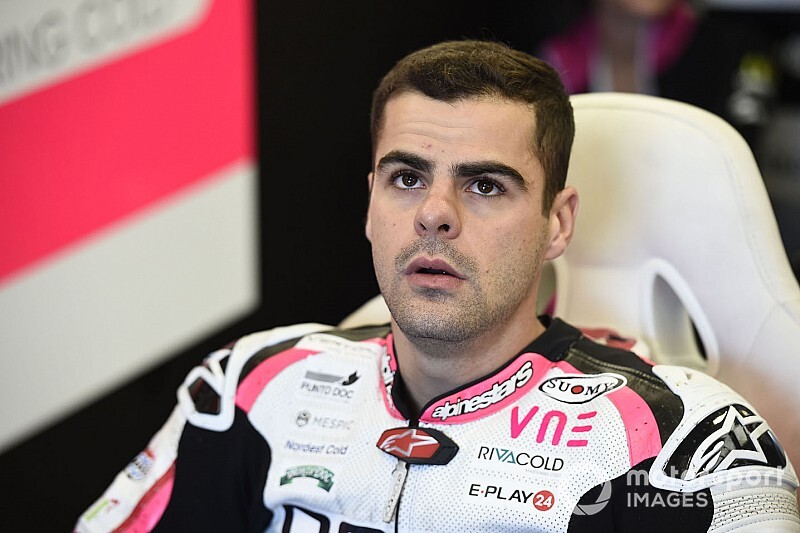 Angelo Iannone has been helping his brother during race weekends throughout his career, as well as taking on managerial duties for Andrea.

He has now oversee Moto3 regular Fenati, who is currently without a ride for 2020.

Fenati entered Moto2 last year after six seasons in Moto3, but was disqualified and stripped of his ride for pulling Stefano Manzi's brake lever at Misano.

Returning to Moto3 this year, Fenati was able to win in Austria in what has otherwise been a difficult campaign.

The Italian has been trying to get back to Moto2 for 2020 and he's been linked to Gresini, which still has a free seat next to the recently confirmed Nicolo Bulega.

Fenati's new link-up with the Iannone brothers further strengthens the ties to the outfit, given that Andrea Iannone rides for the Gresini-run Aprilia factory MotoGP outfit.

"I like Romano, [I've known him] from I think [when] Romano was five-six years old and raced with pocket bikes," said Andrea Iannone.

"I think Romano is a really good talent [but had a] strange history of life, difficult.

"When [he] came back in this world, him without people. Also this year he had only Romano with Romano.

"[He] ask me, in case I possible help him but I think Romano, I don't know if it is good idea because I have many problems [laughs]. At the end we decide to help him.

"I think my brother is a good man for Romano. Angelo has a really good character, he is calm, smart intelligent so I think it is a good help for Romano.

Iannone said that he will also help Fenati but it is Angelo whose main task is dealing with Fenati, including trying to find him a ride for 2020.

"Me and my brother work together but first of all is the job of my brother," Iannone explained.

"My job is [to] ride the bike, I talk with engineers from Aprilia and my brother follows Romano. I dedicate my brother for Romano.

"I think Romano have a big potential, he is a real great rider with big talent in my opinion but sometimes he needs a lead. When you are 18-19 years old, it is really easy to lose the way."

How Quartararo made Yamaha see what it was missing

Lorenzo: "Nobody can say I haven't been trying with Honda"