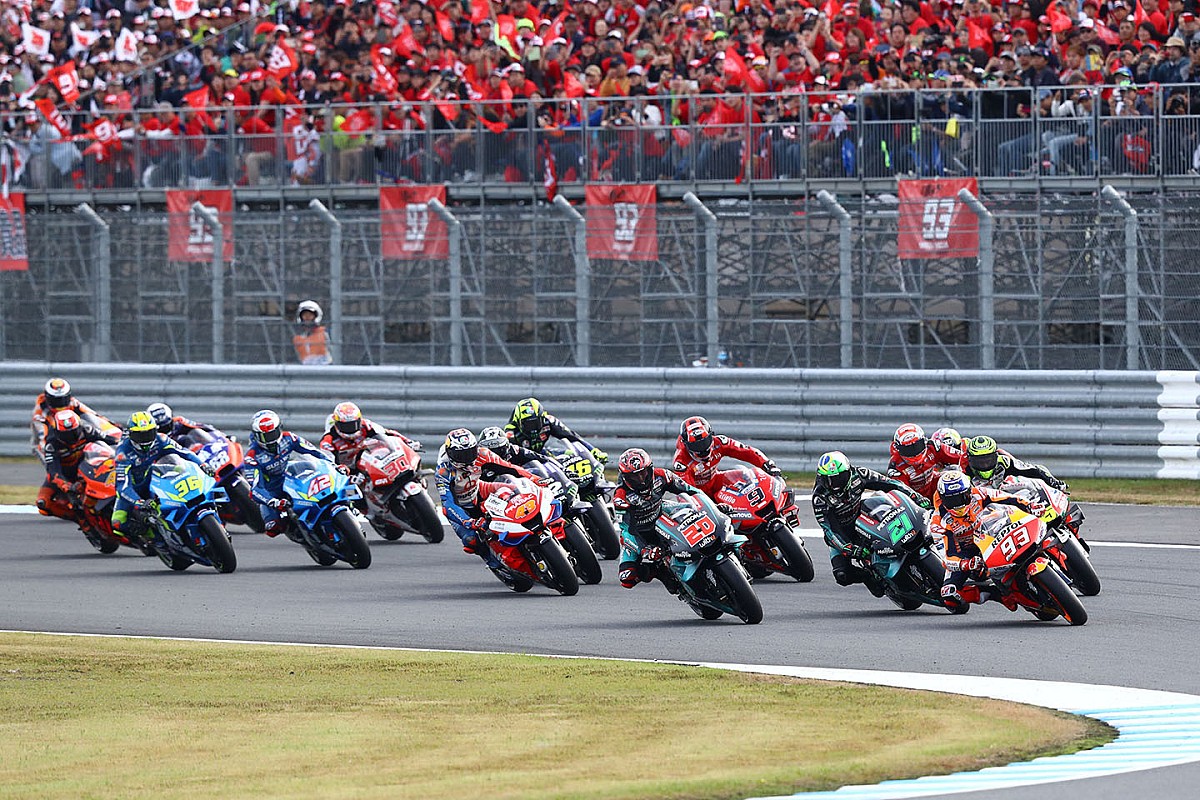 MotoGP has announced that the 2020 Japanese Grand Prix at Motegi has been cancelled due to the coronavirus pandemic, with all overseas races on hold till mid-November.

The COVID-19 pandemic has forced MotoGP to go on hiatus since the beginning of March, when it ran the Moto2 and Moto3 races in Qatar after cancelling the MotoGP event.

Since then, six further races have been cut completely for 2020, with the Japanese GP joining the British, Australian, Dutch, German and Finnish GPs on the list of cancelled races.

MotoGP has put plans in place to begin its delayed season with back-to-back races at Jerez on July 19 and 26 pending Spanish government approval.

With series promoter Dorna Sports keen to run as many races as possible this year, it has decided the season will remain European-based until mid-November, with any flyaway races taking place after that if possible to do so.

Commenting on the loss of the Japanese GP for the first time since 1986, Dorna CEO Carmelo Ezpeleta said: “The MotoGP family is working very hard to be able to restart the racing season and hold as many events as possible, and in the safest way possible.

“For this reason, the FIM and Dorna, in consultation with IRTA (Teams’ association) and MSMA (Manufacturers’ association), have decided that, until mid-November, MotoGP will remain in Europe to do as many European MotoGP events as we are able to.

“Therefore, overseas events, if at all possible, should be scheduled after mid-November – which would be too late in the year for the Motul Grand Prix of Japan to be held.

“For this reason it has been decided, in consultation with [track owner] Mobilityland, that the Motul Grand Prix of Japan cannot be held in 2020. I very much thank Mobilityland for the support given to MotoGP.

“On behalf of Dorna, I would also like to thank all the fans for their understanding and patience as we wait for the situation to improve. We very much look forward to returning to Motegi next year.”

Malaysia, America, Argentina and Thailand are the remaining flyaway events not yet cut from the 2020 schedule that could yet make an appearance towards the end of the year.

However, doubts over the US Formula 1 GP in Texas make a visit to the Circuit of the Americas for MotoGP unlikely this year, which would also throw a standalone trip to Argentina into doubt.