Lorenzo "very far" from being comfortable on Honda 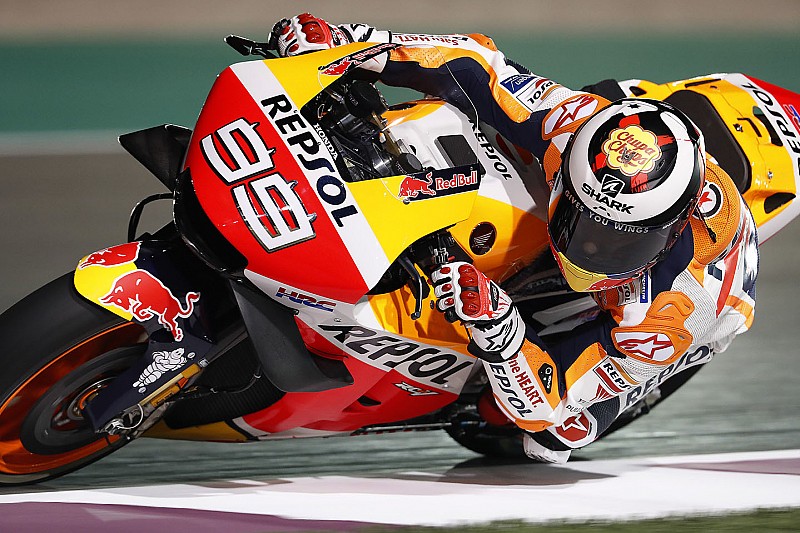 Lorenzo was making his first outing since last November as the final winter test of 2019 kicked off on Saturday at the Losail track, having skipped the last test at Sepang after fracturing his wrist in a training accident.

Although all of Honda's riders struggled to make an impact on the leaderboard, the Spaniard found himself just two places from the bottom of the pile, 2.039 seconds slower than pacesetter Maverick Vinales.

Explaining his lack of speed, Lorenzo admitted a combination of having had such a long period off the bike, the lingering effects of his wrist injury and ergonomic problems were holding him back.

"Obviously on braking I struggle, but at least I’m able to do runs of two or three laps to understand the bike and understand everything," said Lorenzo, who managed a total of 38 laps on Saturday.

"The thing is we don’t have so much time, maybe three hours a day [of optimal conditions]. After 9pm it starts to drop a lot in temperature, [it's] difficult to take profit, on another track you have all day to test many things.

"[I did] not so many laps. We didn’t get to try so many things, any set-ups, anything to improve the bike.

"The ergonomy level we are very far still to feel completely well on the bike, we need to do a lot of work on that. The footpegs, and the foot levers, I slide, and I don’t have enough support from the seat on acceleration.

"And physically, with the injury, I need much more time on the bike. Four months [without riding] is a lot, even if you train very well in the gym, when you arrive on the bike you use different muscles."

While Marc Marquez was only 10th-fastest, a second slower than Yamaha rider Vinales, the reigning champion did clock the highest top speed of any rider on Saturday at 348.3km/h (216.4mph).

Lorenzo seized on this as evidence that Honda has been able to address one of its traditional weaknesses, a lack of top-end speed compared with Ducati.

"I think we improved the engine, I think it’s quite fast," he observed. "Marc today was the fastest one on the straight.

"It’s a good signal because probably Honda last year lost so much speed compared to the Ducati. 348 [km/h], fastest one is a good thing.

"Still need to improve my aerodynamic because I’m losing a little bit compared to Marc and [Cal] Crutchlow.

"We are too far [behind] to take conclusions. Tomorrow we will be closer, and we will improve a little bit all the small details." 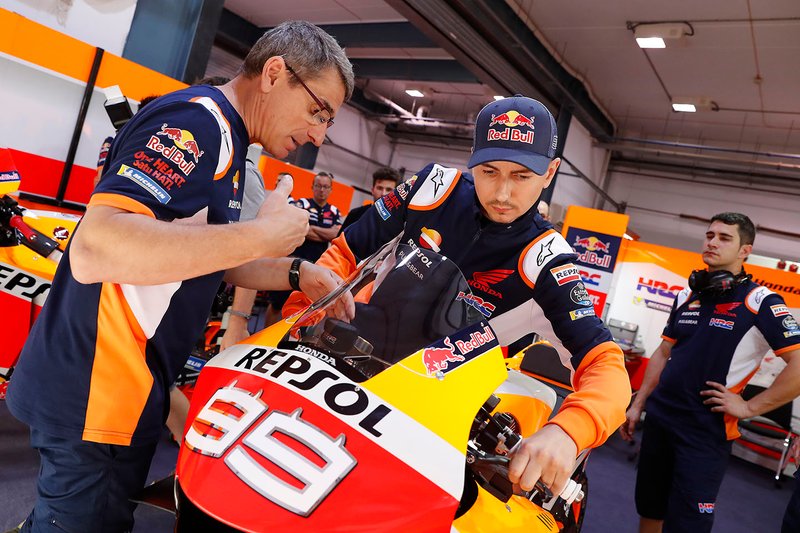