Lorenzo withdraws from Motegi MotoGP round 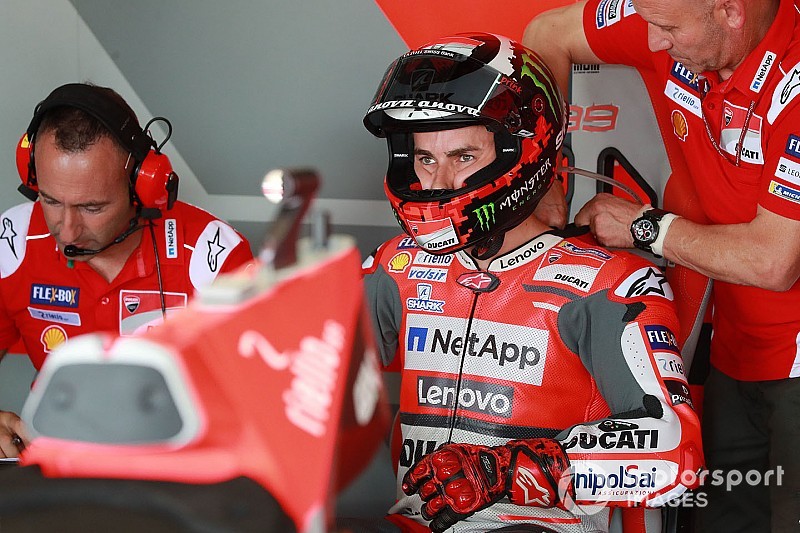 Ducati MotoGP rider Jorge Lorenzo will not take part in the remainder of the Japanese Grand Prix weekend, it has been confirmed.

Still suffering from his Thailand injuries, Lorenzo told media on Thursday that he was still uncertain of being able to race as he was still in pain from his fractured left wrist.

He attempted to participate in first practice on Friday morning, but completed only two laps - an out-lap and an in-lap - at pedestrian speed before returning to the pits and removing his helmet.

Confirmation that the Spaniard will take no further part in the weekend came before the end of FP1.

Ducati will not replace Lorenzo for the Japanese GP weekend, but is understood to have lined up test rider Michele Pirro in case Lorenzo is still unfit to race in Australia in a week's time.