Kallio disappointed to miss out on full-time KTM ride 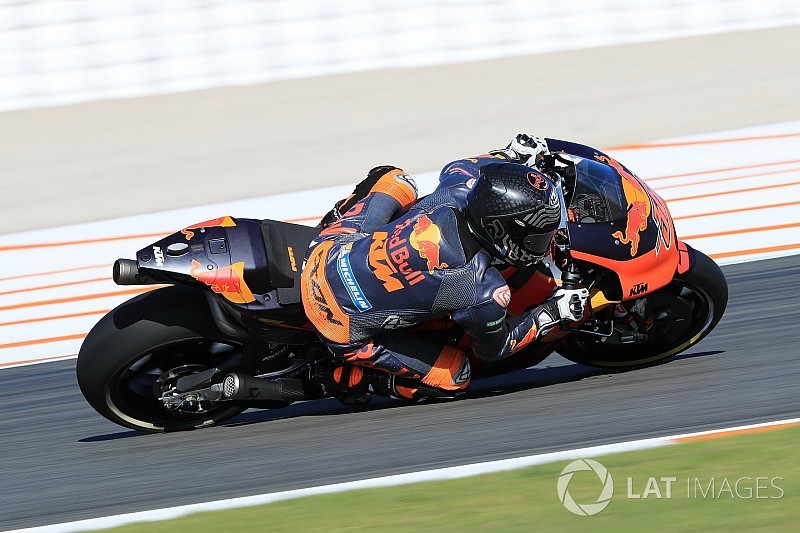 KTM test rider Mika Kallio admits he is disappointed to miss out on a full-time seat in MotoGP with the Austrian marque after it opted to retain the struggling Bradley Smith.

Finnish rider Kallio, who last raced full-time in MotoGP in 2010 with Pramac Ducati, has been part of KTM's test rider line-up since the end of 2015, and gave the Austrian marque its premier class race debut in Valencia in 2016.

Returning for four wildcards in 2017, Kallio took KTM to its second top 10 finish at its home round at the Red Bull Ring, and took another points finish at Aragon in 11th.

Smith struggled for much of the season relative to team-mate Pol Espargaro – who finished 27 points and four places clear in the standings – and his place within the team for 2018 was reported to be in doubt.

However, KTM finally decided to honour the second year of Smith's contract, saying that it would have been “not fair” to axe the Briton despite his lack of results.

“There was a lot of discussion, rumours going on, and now everyone knows the situation,” said Kallio, who is set to race as a wildcard in five grands prix next year.

“I will continue basically doing the same job I have done these past two years, the test rider. At the same time I will do again next year some wildcards for them.

“I think everyone knew what was my goal, I told many times during the year I would like to demonstrate my skills and speed, and I would like to come back as a race rider.

“Now that doesn't happen, so of course I was disappointed, but at the same time I'm glad I could stay with KTM.

“I feel really good here, I know the factory, I know the team and somehow it was good that we found a way to stay together.

“I think for the future this is something anyway I'd like to do. You don't know what will happen in the future, and at least I can do some races next year, so that's OK.”

Kallio will join KTM regulars Smith and Espargaro on track at the Spanish, Catalan, German, Austrian and Aragon grands prix on board a third RC16 next year.