KTM has revealed its first pictures of double MotoGP race winner Miguel Oliveira as part of its factory team line-up for 2021 alongside Brad Binder. 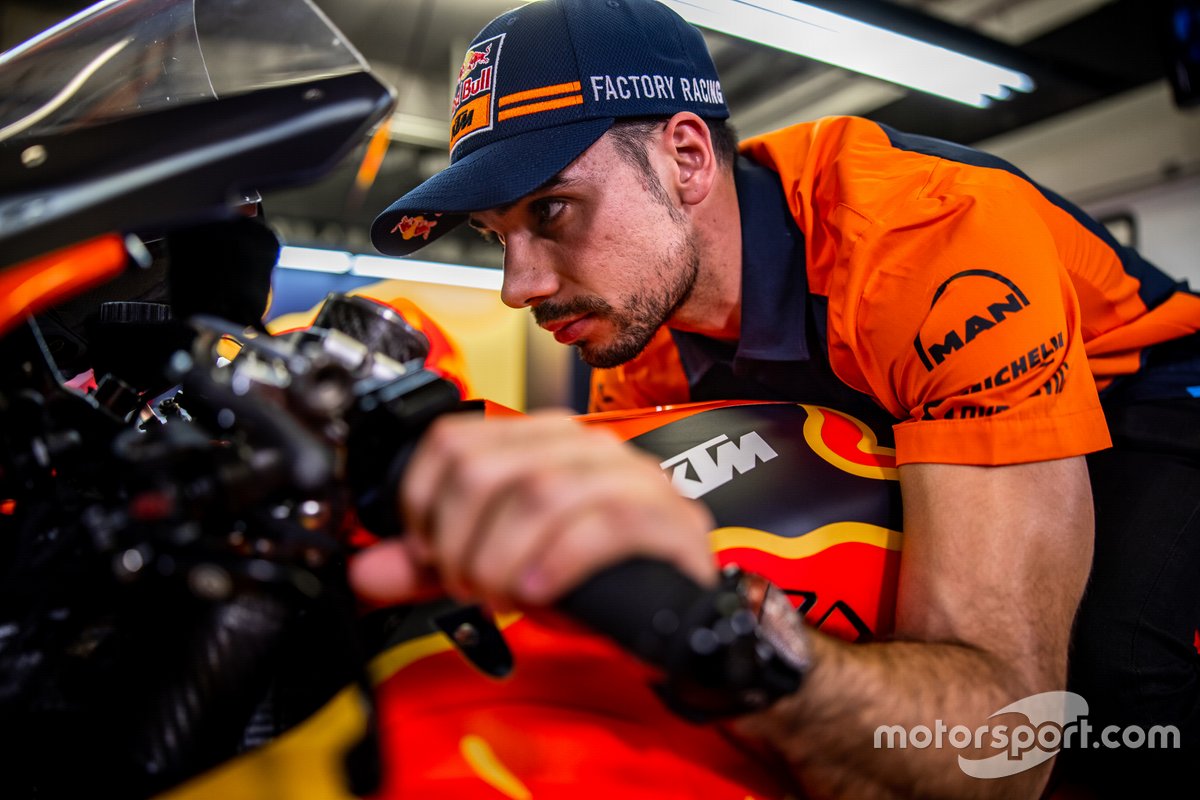 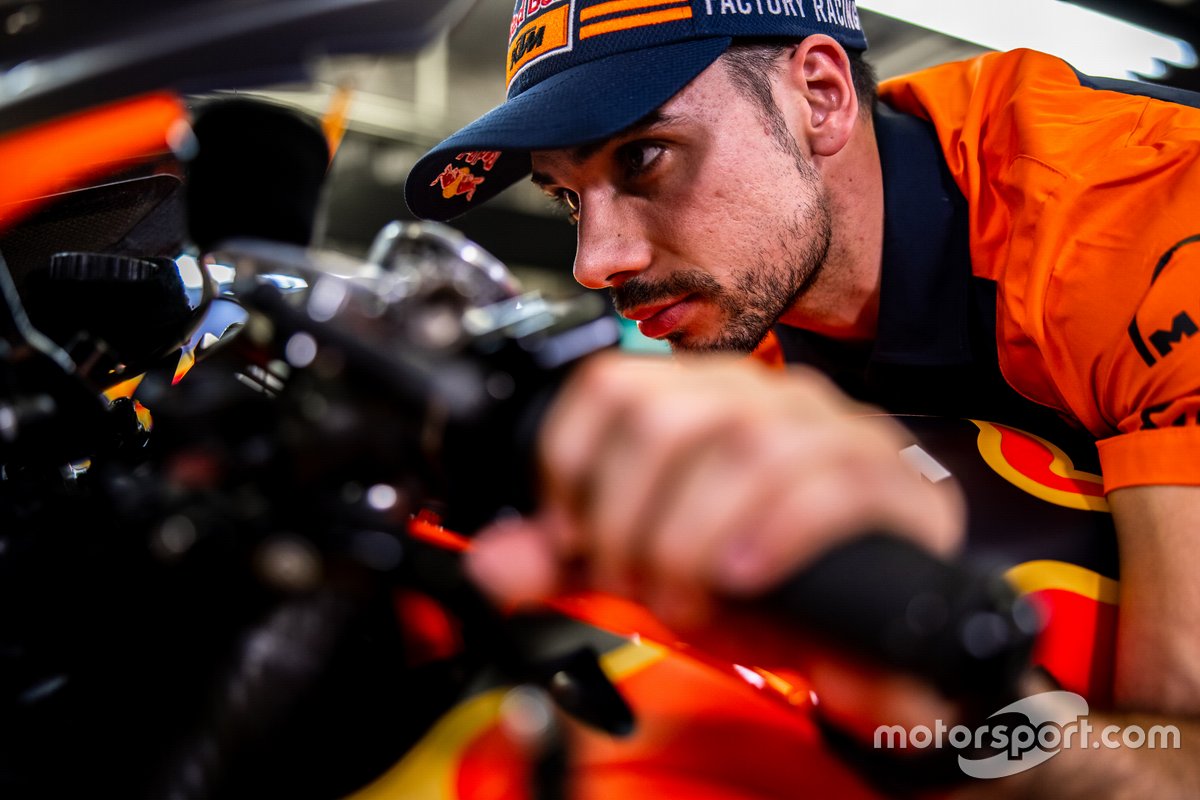 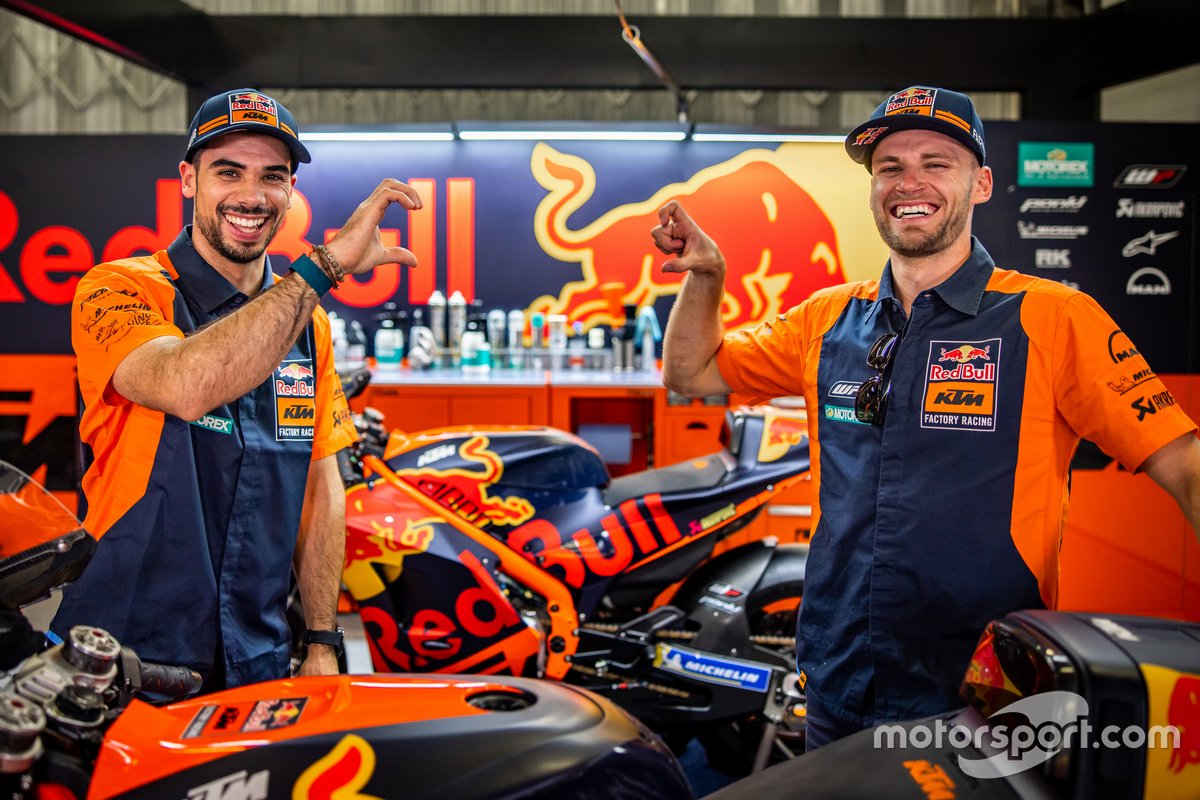 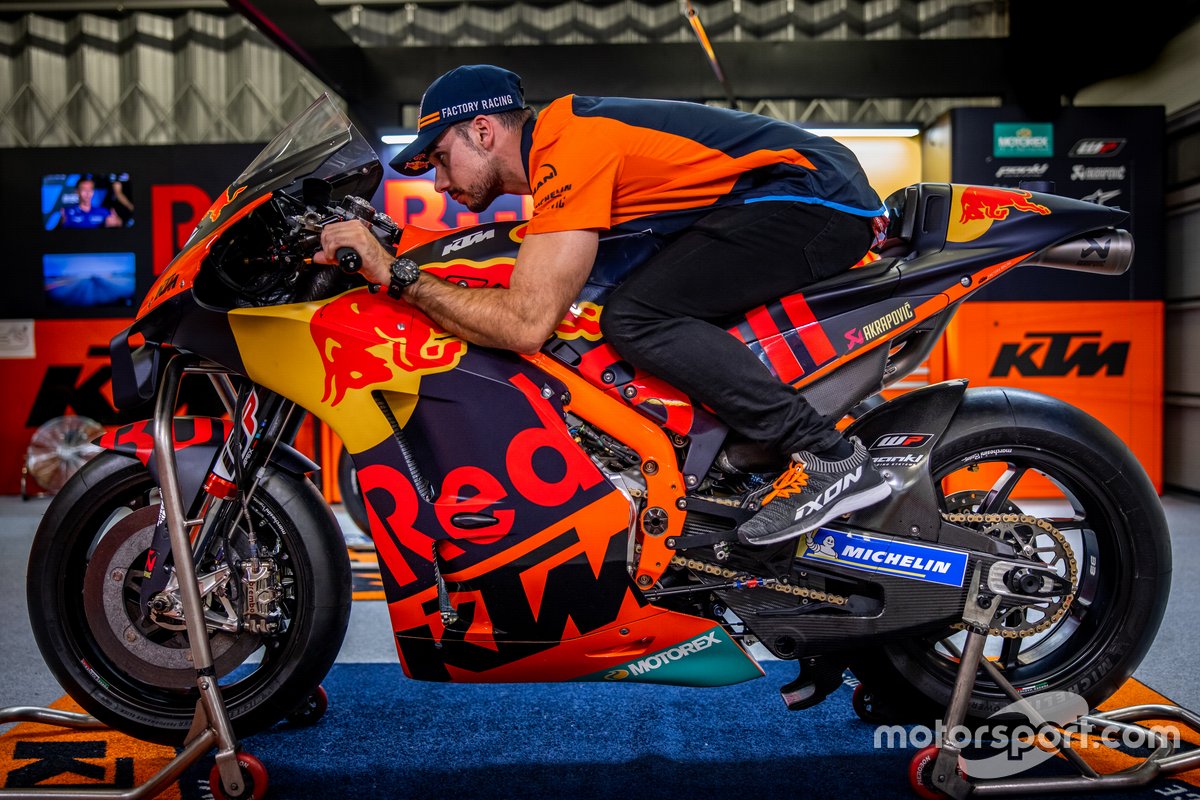 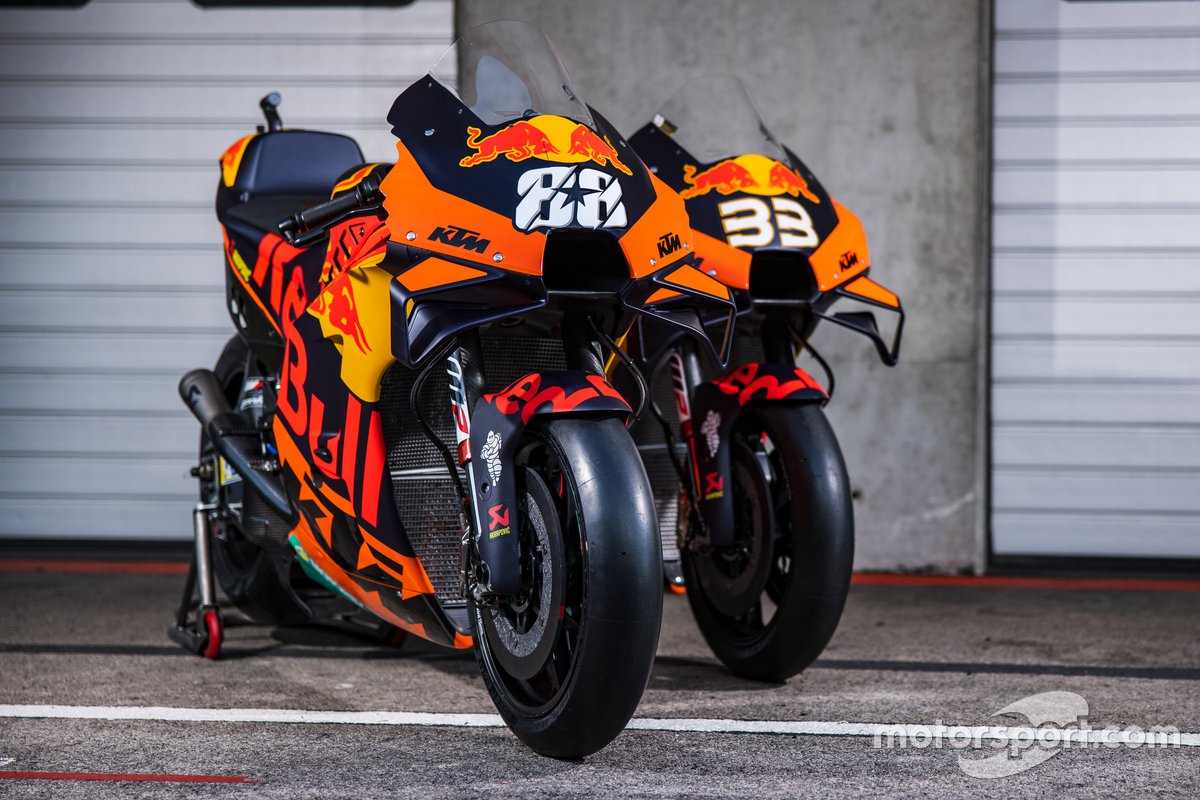 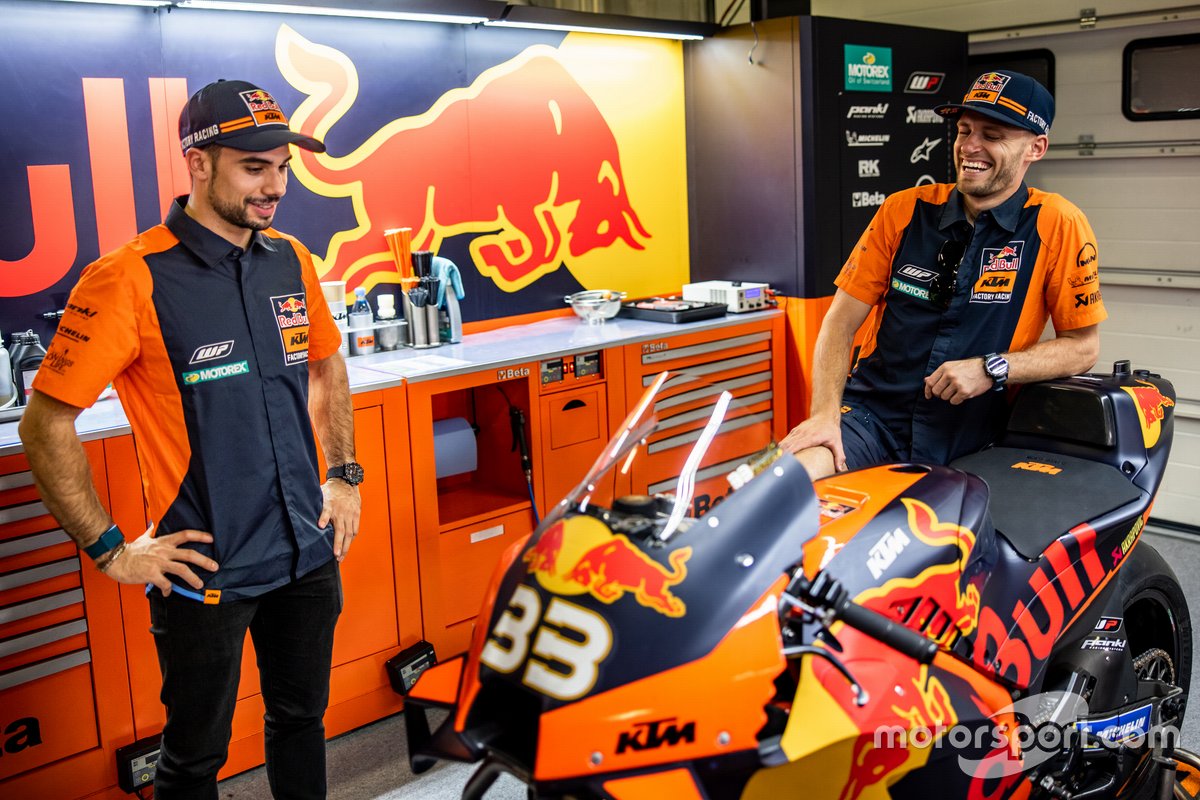 Oliveira made his MotoGP debut in 2019 with KTM at the satellite Tech3 squad, remaining with Herve Poncharal’s outfit in 2020 despite being asked to step up to the Austrian marque’s factory team to replace Johann Zarco.

Pol Espargaro’s shock announcement of his departure from KTM to Honda for 2021 ahead of last season prompted KTM to promote Oliveira to the factory team for this year.

The Portuguese rider gave Tech3 its first ever MotoGP victory in the Styrian Grand Prix last August before going on to dominate his home round in Portugal in November.

This followed Binder’s and KTM’s shock maiden victory at the Czech GP three rounds into 2020.

KTM has yet to announce when it will officially launch its 2021 season, but has revealed images of both Oliveira and Binder together as factory team riders for the first time.

Both riders have been KTM stablemates since 2017 when they were partnered at Aki Ajo’s Moto2 team aboard the Austrian manufacturer’s chassis, while both were teammates at Ajo in Moto3 in 2015.

Oliveira finished runner-up in the Moto2 title chase in 2018 to new factory Ducati rider Francesco Bagnaia, while Binder missed out on the crown to Alex Marquez in 2019 by just three points.

KTM’s is just one of four squads on the 2021 grid alongside Yamaha, Petronas SRT and Suzuki with both of its riders having won MotoGP races.

It is also only one of two manufacturers alongside Aprilia which will enter the 2021 season with genuinely new motorcycle, despite the fact KTM will no longer operate as a concession team.

Due to Binder and Oliveira’s maiden victories, KTM was stripped of its results-based concessions it has run since its debut in 2017, losing the ability to test with race riders and forced into observing a freeze on in-season engine development and a limit on aerodynamic fairing development from 2021.

However, due to all manufacturers observing a freeze on engine and aero development in 2020 as part of COVID-19 cost-saving measures - with non-concessions teams carrying the former stipulation into 2021 – KTM was granted dispensation to develop a new engine for this year.

But this caused some anger amongst several manufacturers, with one representative present at a manufacturers’ association meeting ratifying the KTM ruling telling Motorsport.com last year there was a concern it could build a “super engine” for 2021.

KTM recently confirmed it had signed a new agreement with Dorna Sports to remain in MotoGP through to 2026 – something it first announced in 2019 – and joins Ducati as the only manufacturers to have committed to the series beyond 2021.