Pol Espargaro says he is "super-excited" by KTM's potential in MotoGP this year, after claiming the Austrian marque's best dry-weather result to date at Austin.

Espargaro recorded KTM's best qualifying result, fifth, at the Circuit of the Americas which he then converted into an eighth-place finish in the race - his highest since joining the team, excluding his Valencia podium scored last year in wet conditions.

The Spaniard had previously claimed that the first three rounds would be a difficult part of the season for KTM, and that things would improve once the European leg kicked off.

Espargaro said he was "super-proud" of what he and the team have achieved in so far in 2019 "optimistic" about his chances at Jerez next month.

"Super-excited about what the guys are trying in the factory, how the work is working in Austria, I am super proud," said Espargaro, now ninth in the standings, in Austin.

"Feels like also the people here in the paddock, it is starting to see what is our work and what's been our work in the last two years and what I am doing and this makes me proud.

"It is everything I need to keep pushing and to keep putting this orange rocket on the top."

He added: "We take these first races out that they are the most difficult for us and we go now to Jerez with some improvements on the bike, very positive for the future.

"I think we are getting better results and I think we can do very good but just I want to arrive there [Jerez] and see how everything is going, but quite optimistic."

Zarco not expecting too much at Jerez

Johann Zarco took his best result on a KTM yet in 13th, but Espargaro still beat him by 13 seconds.

The Frenchman said after qualifying down in 19th that he was resigned to struggling until the post-race test at Jerez, where he hopes KTM can help provide a "solution" to his current woes.

Post-race, Zarco added he is wary of expecting too much improvement at Jerez, a track where he previously rode the RC16 in post-season testing lest November.

"If I expect too much from changes of the bike and it doesn’t come, I will maybe be even sadder," he said. "I try to come as neutral as possible, and take the most information I can.

"Pol is riding the best the bike this moment, he got this top 10 that I’m trying to catch at the moment.

"If small things give me the good way to improve feelings, and be able to use my quality, I will be the first one [to be] happy." 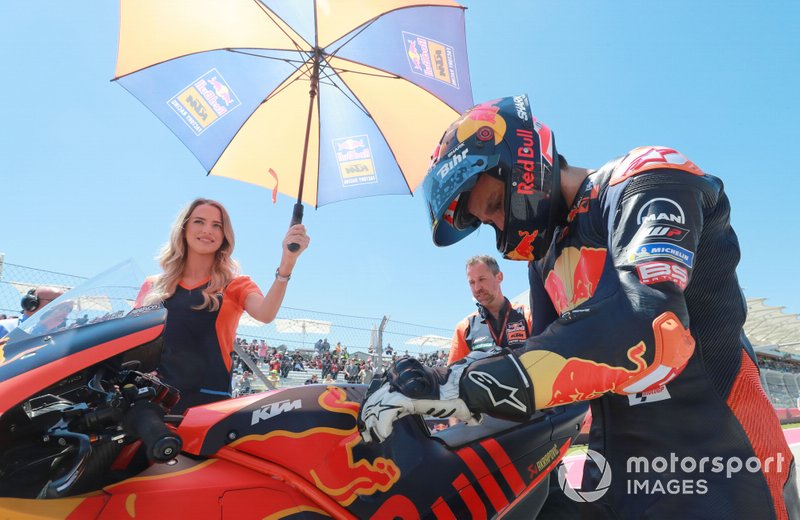 Podcast: Why we should “enjoy” Valentino Rossi for final MotoGP races

After 22 years in the top flight of grand prix motorbike racing, Valentino Rossi has announced his MotoGP retirement. Having been the championship's main draw for the past two decades, Rossi's declining performances and the birth of his new VR46 team means he hangs up his leathers at the right time

OPINION: While Shinichi Sahara insists that Suzuki does not need a team manager following the departure of Davide Brivio, the team's performance in the early part of the 2021 MotoGP season and the sentiment of the staff suggests the opposite

Podcast: Why we should “enjoy” Valentino Rossi for final MotoGP races