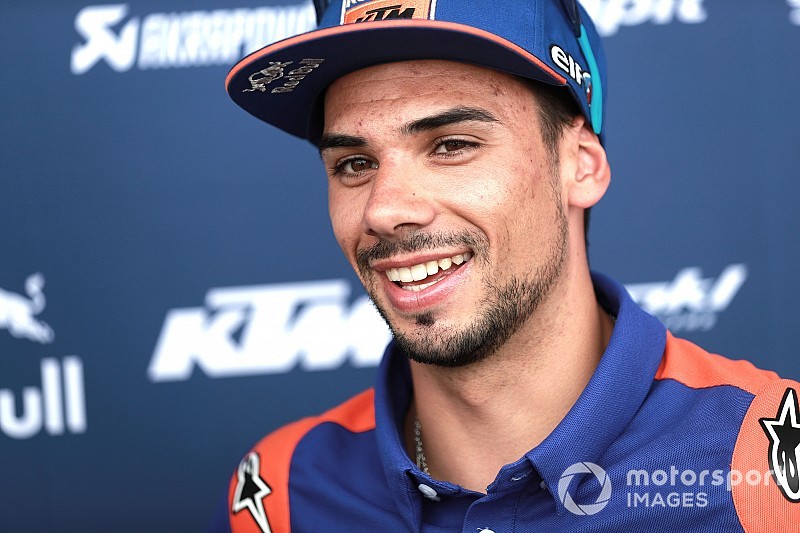 KTM has exercised an option to retain Tech 3 rider Miguel Oliveira for the 2020 MotoGP season.

Last year's Moto2 runner-up Oliveira has scored points twice in the opening three races of his premier class career, scoring a strong 11th place at Termas de Rio Hondo before finishing 14th last time out at the Circuit of the Americas.

KTM motorsport boss Pit Beirer indicated to German publication Speedweek that the Austrian manufacturer has moved to exercise its option on Oliveira's services for 2020, and a team spokesperson has confirmed to Motorsport.com this is the case.

Both of KTM's factory riders, Zarco and Pol Espargaro, are on two-year deals expiring next year, but Tech 3's other rider Hafizh Syahrin is out of contract after 2019.

The Malaysian has endured a much harder start to the season than Oliveira, having failed to score any points. A 16th-place finish in Argentina is his best result of 2019.

With Oliveira's ride now safe for 2020, any potential change in the Tech 3 line-up would come at Syahrin's expense. Former Moto3 champion Brad Binder would be the most logical alternative should KTM wish to promote another of its young riders.