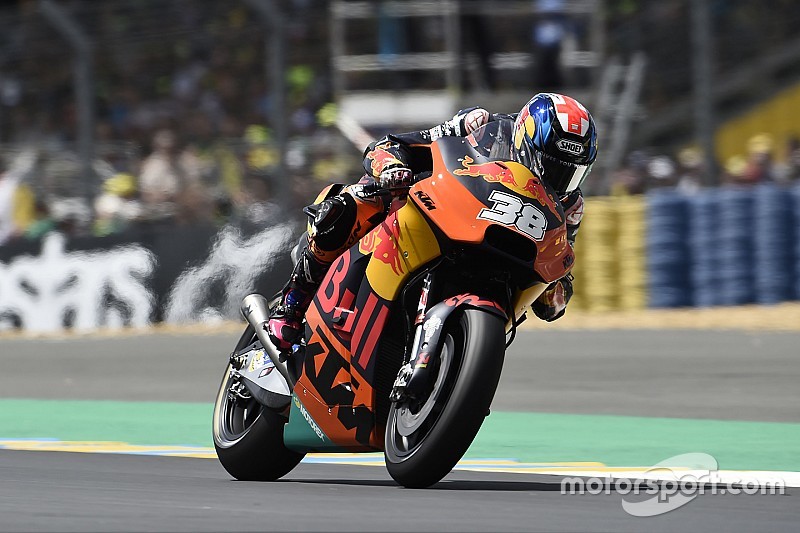 KTM’s early record of scoring points in three of its first five MotoGP races is not something it expected, Bradley Smith says.

The Austrian manufacturer becomes the sixth on the grid this year, and Smith had forecast that scoring points would be difficult, especially in the first phase.

However, Pol Espargaro and Smith both scored points in its second race in Argentina with 14th and 15th, and then with 12th and 13th at Le Mans.

Smith also grabbed two points at Jerez, and when asked by Motorsport.com said scoring in three of the first five races not on its radar.

“I thought that it was going to take a little bit longer to figure things out,” he said.

“It’s a very competitive class this year. All the satellite motorcycles that are out there are doing a tremendous job.

“We see [Johann] Zarco at the top, even [Danilo] Petrucci and [Scott] Redding at Le Mans, [Jonas] Folger.

“All those bikes are very competitive this season. To kind of come in here and be as close as we are I think is already showing good speed.

Points have been aided by attrition, but Smith believes strong reliability - other than a clutch failure for Espargaro at Austin - adds to the merit of what KTM has achieved so far.

“They’re doing a great job,” he said. “Touch wood, at the moment the reliability is a certain strong point of the motorcycle.

“That means we’re out there every session, every race, and finishing right now, so long may that continue.”

Race pace is next target

KTM made the second phase of qualifying for the first time at Le Mans, both Espargaro and Smith advancing based on their times in a drying third practice session on Saturday morning.

They ultimately qualified eighth and 10th, and feel the bike is better over a single lap than a race distance, even with the new engine adopted at Jerez.

“We are trying to understand how to manage this engine with these electronics,” Espargaro said.

“We are getting more experience and, especially in one lap, we are more competitive than before, but still we are weak when the [rear] tyre is dropping.

“We are missing some turning and missing the initial grip. We found the bike is just shaking, going away off the line and this affects it so much and it’s a waste of time and a waste of energy.

“We made a big step with the engine, now we need to do the same thing with the chassis because we need it.”