KTM wants to see its 2019 MotoGP signing Johann Zarco return to “normal form” as the manufacturer admits the Frenchman's recent slump has not been “nice to see”.

Targeted by KTM on the strength of a stellar rookie MotoGP season last year, Zarco signed a 2019-20 deal with the Austrian marque, having turned down an offer to partner Marc Marquez at Honda.

His KTM deal was announced amid a lively start to his season, as Zarco – riding for Yamaha satellite team Tech 3 – secured front-row starts in each of the first five races of the campaign and finished runner-up twice.

However, since he crashed out of the lead battle in his home race at Le Mans, Zarco has qualified and finished no higher than seventh – although he felt he made significant progress last time out at Brno.

During his slump, reports surfaced of a rift between Zarco and manager Laurent Fellon, but the rider played down such suggestions.

Asked about his future employee ahead of the Red Bull Ring race, KTM's head of sport Pit Beirer said: “For sure it was not nice to see him struggle.

“I think it's not a secret anymore that he had also some crazy things going on between him and his friend and manager Laurent, but looks like the things are now sorted out.

“I hope he's coming back to his normal form, even on the existing [Yamaha] bike, because the stronger he can end this year, for sure the better for us. [It] would be not nice to get him in a really low [point].

“So, not happy to see, and I hope it was not us to be the factor that he's now on a different level than before.” 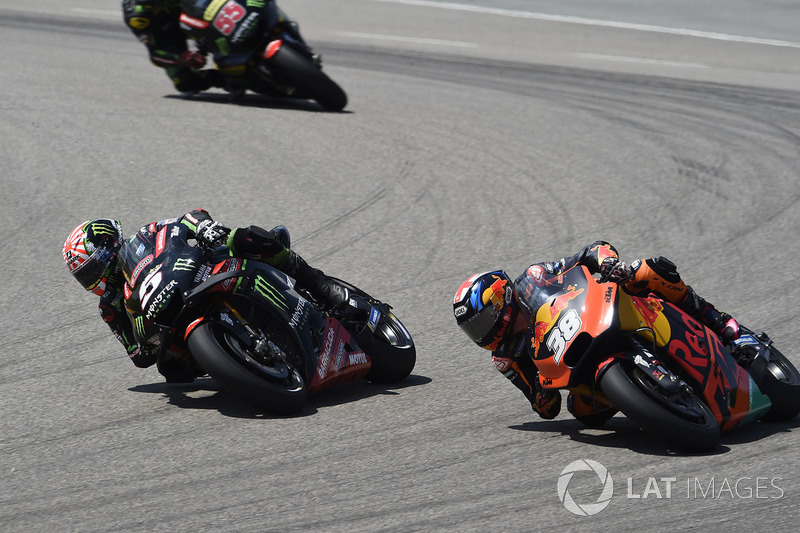 Two years on from its arrival in the premier class, KTM is maintaining an aggressive testing and development programme as it seeks to make up ground on MotoGP's leading brands.

But the manufacturer aims to have more “stability” in time for post-season testing, when Zarco – as well as KTM's new satellite outfit Tech 3 – will get to sample the RC16 for the first time.

“These two years, they are really wild, if you compare us to another MotoGP team," Beirer said. "Parts are flying in, flying out, trucks are full of parts.

“We really want to go through many crazy things now, to have really stability when he's coming. For sure we don't want him to test 10 different bike concepts in November.

"The target is to put him a bike there and say 'okay, now we ride, and let's work on normal things - shorter front, or longer rear, swingarm or something'. The normal things, to adapt it to his riding style.

“I think we are pretty well prepared, you will see less crazy things going on once all the boys are together.”